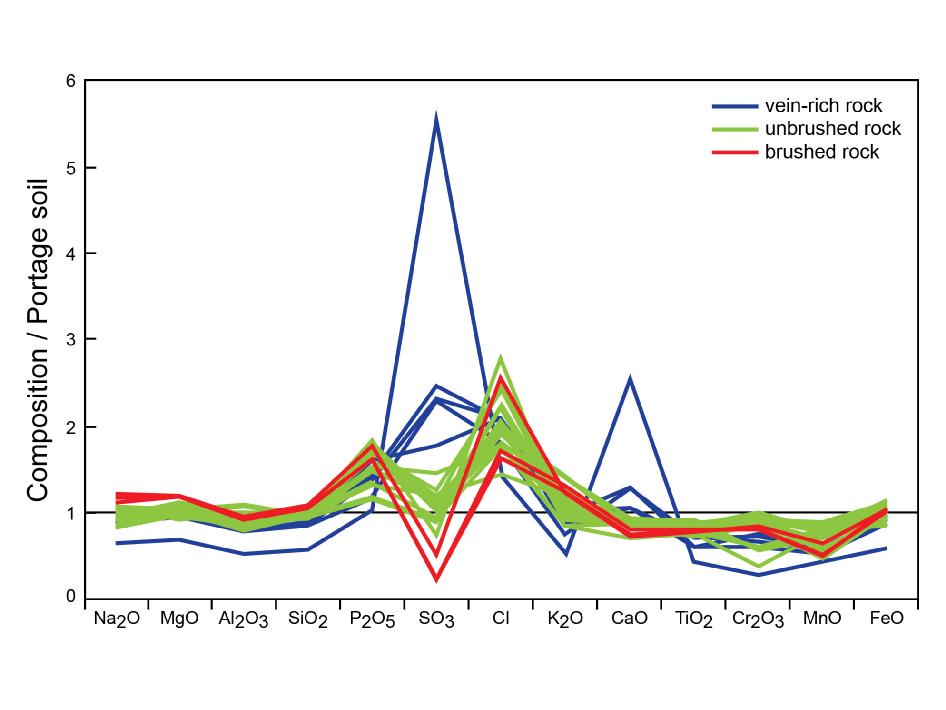 Researchers have used the Alpha Particle X-ray Spectrometer (APXS) instrument on the robotic arm of NASA's Mars rover Curiosity to determine elemental compositions of rock surfaces at several targets in the "Yellowknife Bay" area of Gale Crater. This graphic presents results from APXS, with the comparisons simplified across diverse elements by dividing the amount of each element measured in the rocks by the amount of the same element in a local soil, called "Portage."

Vein-rich rocks contain elevated abundances of sulfur and calcium. Other rock targets are remarkably uniform in composition and similar to the Portage soil, excepting high chlorine. Brushing by Curiosity's Dust Removal Tool reveals lower abundances of sulfur in the rock than in the dust coating that the brushing removed.