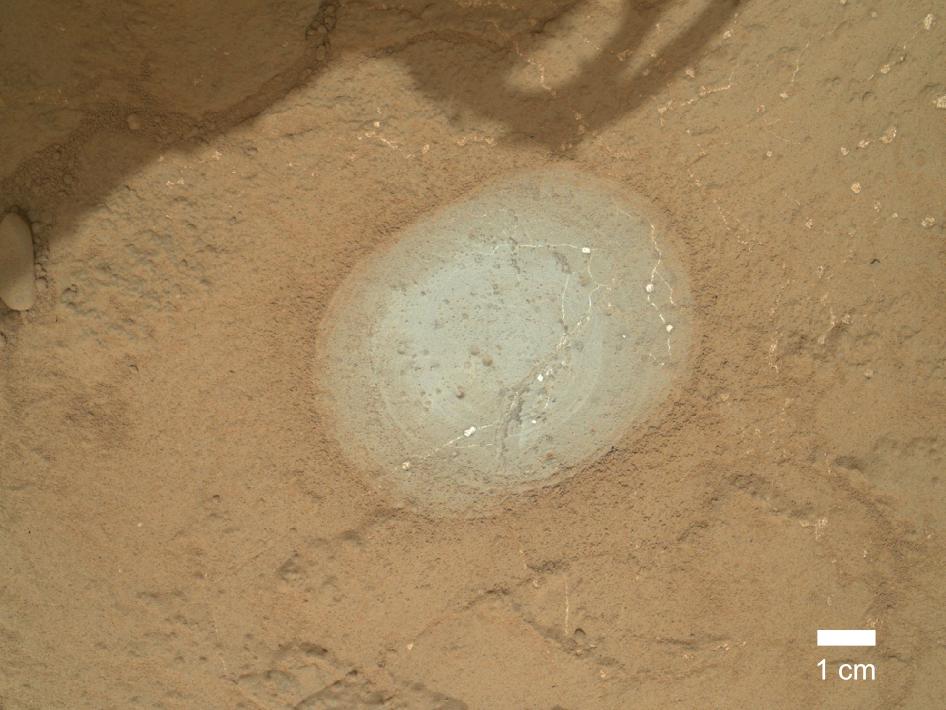 Target 'Wernecke' After Brushing by Curiosity

The gray area in the center of this image is where the Dust Removal Tool on the robotic arm of NASA's Mars rover Curiosity brushed a rock target called "Wernecke." The brushing revealed dark nodules and white veins crisscrossing the light gray rock. The brushed area is about 2.5 inches (6 centimeters) across. The Mars Hand Lens Imager (MAHLI) camera on the rover's arm took this image during the 169th Martian day, or sol, of Curiosity's mission on Mars (Jan. 26, 2013). Wernecke is in the "Yellowknife Bay" area of Gale Crater.