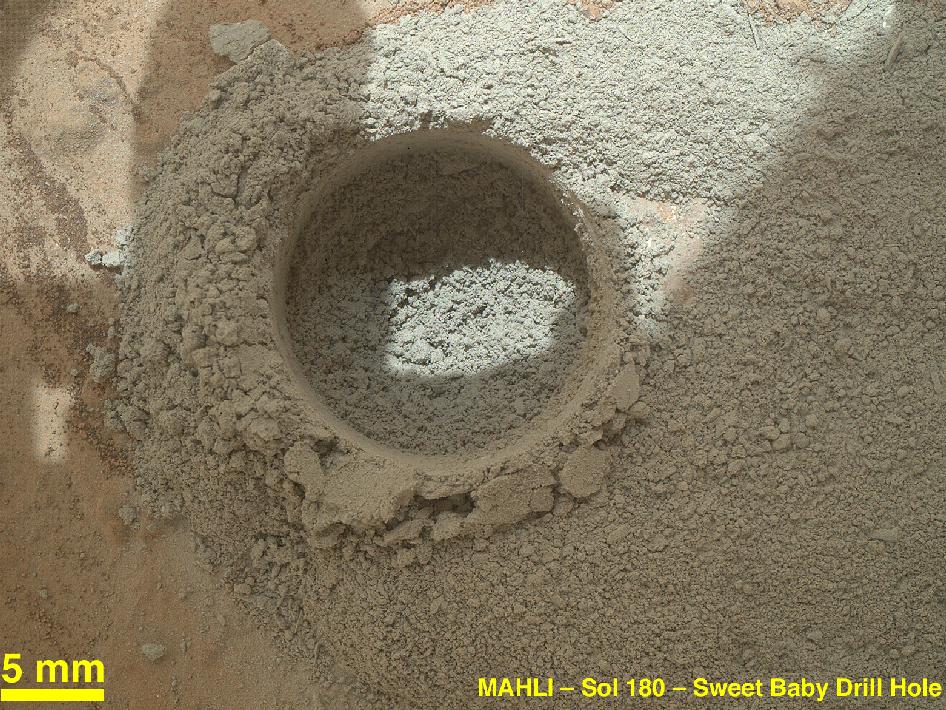 Close-Up After Preparatory Test of Drilling on Mars

After an activity called the "mini drill test" by NASA's Mars rover Curiosity, the rover's Mars Hand Lens Imager (MAHLI) camera recorded this close-up view of the results during the 180th Martian day, or sol, of the rover's work on Mars (Feb. 6, 2013).

The test generated a ring of powdered rock for inspection in advance of the rover's first full drilling. The hole is 0.63 inch (1.6 centimeters) in diameter and about 0.8 (2 centimeters) deep. MAHLI took this image from a position 2 inches (5 centimeters) away.

The location is on a patch of flat rock called "John Klein." If the cuttings are judged to be suitable for processing by the rover's sample handling mechanisms, the mission's first full drilling is planned for a nearby spot on John Klein. The full drilling will be the first rock drilling on Mars to collect a sample of material for analysis.