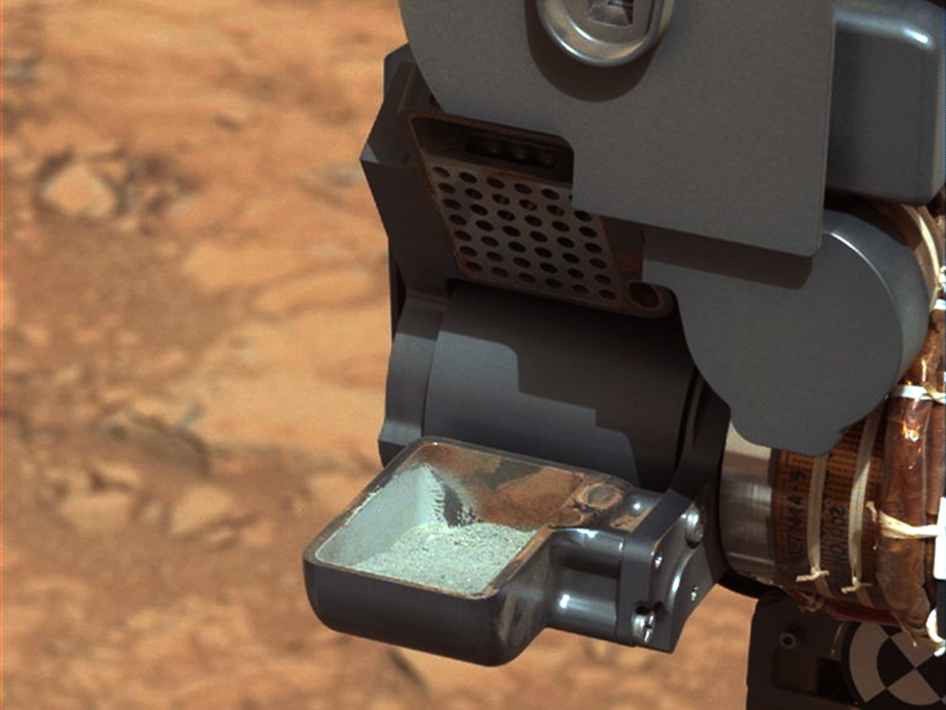 This image from NASA's Curiosity rover shows the first sample of powdered rock extracted by the rover's drill. The image was taken after the sample was transferred from the drill to the rover's scoop. In planned subsequent steps, the sample will be was sieved, and portions of it delivered to the Chemistry and Mineralogy instrument and the Sample Analysis at Mars instrument.

The image was obtained by Curiosity's Mast Camera on Feb. 20, or Sol 193, Curiosity's 193rd Martian day of operations.

The image has been white-balanced to show what the sample would look like if it were on Earth. A raw-color version is available (see inset above).

The gray-green powder seen in the white-balanced version is from the rock called "John Klein." Red residue clinging to the scoop walls is from a sample collected earlier from a drift of windblown dust and sand called "Rocknest." The differing colors between the residue from Rocknest and the drill powder from John Klein reflect the oxidation state of iron in the samples. The John Klein powder is less oxidized and therefore has a higher potential to preserve organic compounds, if they were originally present.