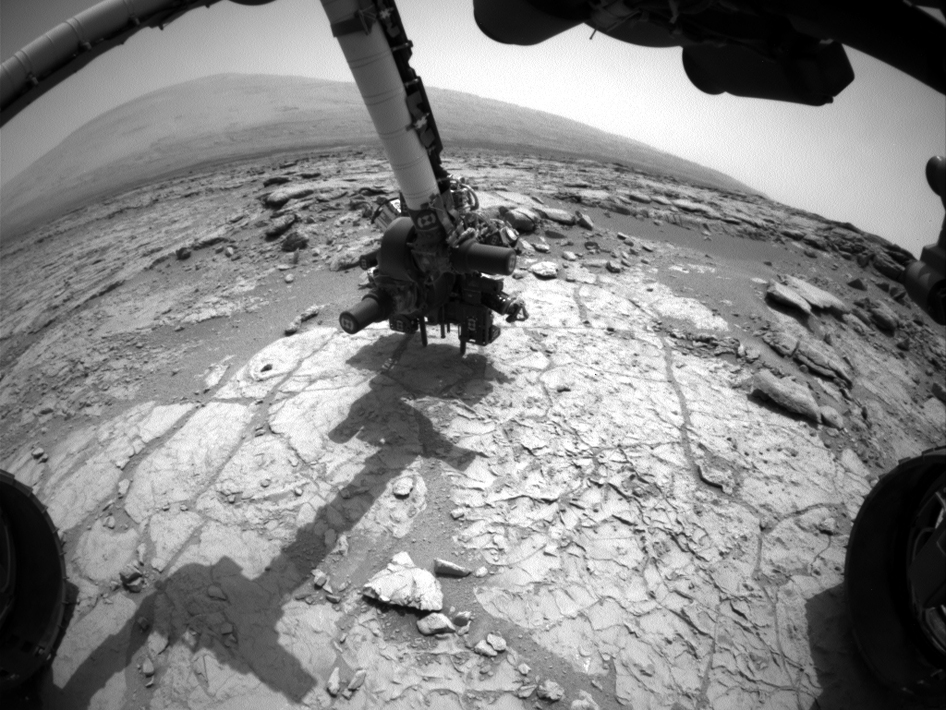 Curiosity's Drill in Place for Load Testing Before Drilling

The percussion drill in the turret of tools at the end of the robotic arm of NASA's Mars rover Curiosity has been positioned in contact with the rock surface in this image from the rover's front Hazard-Avoidance Camera (Hazcam).

The drill was positioned for pre-load testing, and the Hazcam recorded this image during the 170th Martian day, or sol, of Curiosity's work on Mars (Jan. 27, 2013). Other tests with the drill are planned before the first drilling into a rock on Mars to collect a sample of rock material for analysis.

In this view, the drill is positioned on a target on a patch of flat, veined rock called "John Klein." The site is within the "Yellowknife Bay" area of Gale Crater.