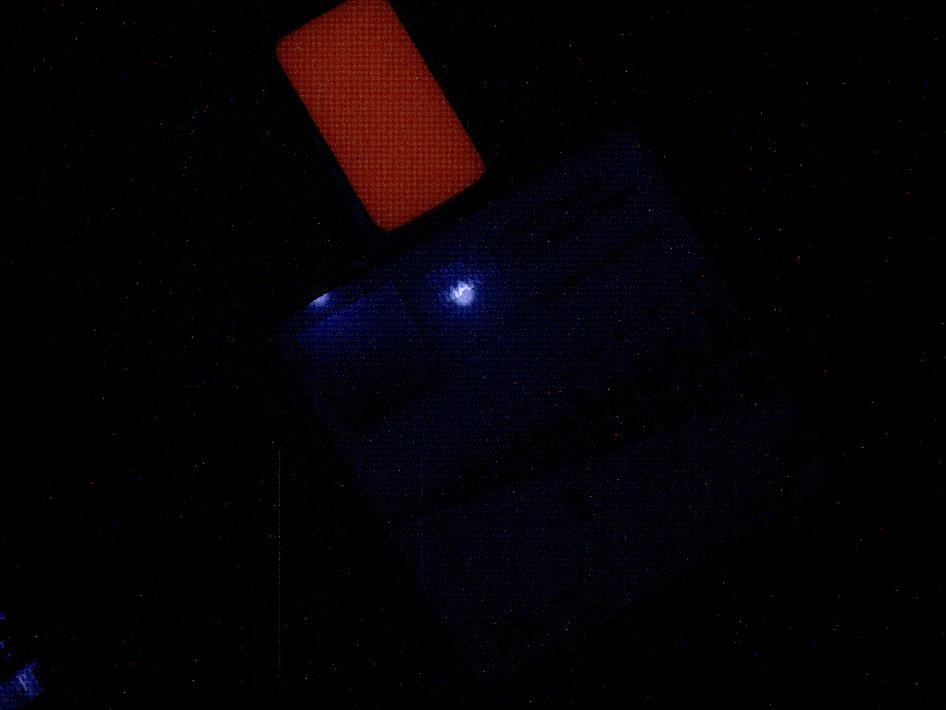 This image of a calibration target illuminated by ultraviolet LEDs (light emitting diodes) is part of the first set of nighttime images taken by the Mars Hand Lens Imager (MAHLI) camera at the end of the robotic arm of NASA's Mars rover Curiosity. The set includes images of the MAHLI calibration target and of a Martian rock target called "Sayunei." MAHLI took the images on Jan. 22, 2013 (PST), after dark on the 165th Martian day, or sol, of the rover's work on Mars.

The illumination came from MAHLI's two ultraviolet LEDs, which emit light in a waveband centered at a wavelength of 365 nanometers. The exposure duration for this image was 1 second. The two bluish dots are reflections of the LEDs. The red feature is the calibration target's fluorescent swatch, which is cream-colored in the white-light illuminated image (http://www.nasa.gov/mission_pages/msl/multimedia/pia16713.html). This target is made of room-temperature volcanized silicone, impregnated with a pigment, SpectraFluor Red, donated to the MAHLI effort by its manufacturer, Spectra Systems of Providence, R.I. The exposure duration for the UV image was 1 second.