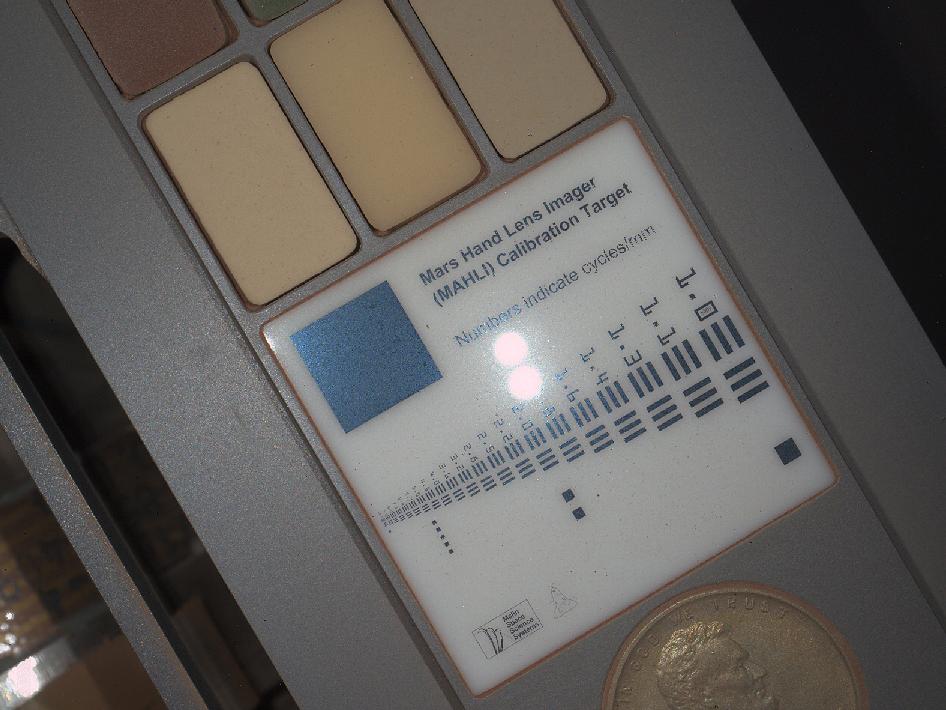 This image of a calibration target illuminated by white-light LEDs (light emitting diodes) is part of the first set of nighttime images taken by the Mars Hand Lens Imager (MAHLI) camera at the end of the robotic arm of NASA's Mars rover Curiosity. The set includes images of the MAHLI calibration target and of a Martian rock target called "Sayunei." MAHLI took the images on Jan. 22, 2013 (PST), after dark on the 165th Martian day, or sol, of the rover's work on Mars.

For scale, the Lincoln penny on the MAHLI calibration target is three-fourths inch (19 millimeters) in diameter. The calibration target is mounted on the rover. This image was taken from a lens distance of 3.9 inches (10 centimeters). The illumination was MAHLI's four white-light LEDs. The reflection of one pair of LEDs is seen near the center of the image. The other pair is toward the center-left and is less visible because the surface there is less reflective.