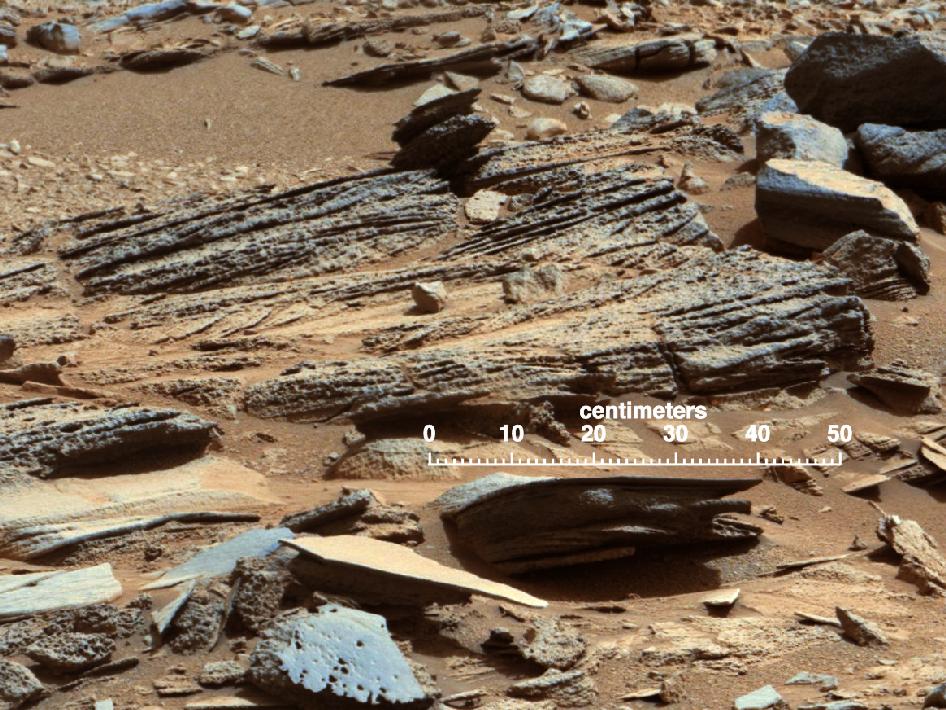 This image from the Mast Camera (Mastcam) on NASA's Mars rover Curiosity shows inclined layering known as cross-bedding in an outcrop called "Shaler" on a scale of a few tenths of meters, or decimeters (1 decimeter is nearly 4 inches). The superimposed scale bar is 50 centimeters (19.7 inches). See unannotated version.

This stratigraphic unit is called the Shaler Unit. Decimeter-scale cross-bedding in the Shaler Unit is indicative of sediment transport in stream flows. Currents mold the sediments into small underwater dunes that migrate downstream. When exposed in cross-section, evidence of this migration is preserved as strata that are steeply inclined relative to the horizontal -- thus the term "cross-bedding." The grain sizes here are coarse enough to exclude wind transport. This cross-bedding occurs stratigraphically above the Gillespie Unit in the "Yellowknife Bay" area of Mars' Gale Crater, and is therefore geologically younger.

Mastcam obtained the image on the 120th Martian day, or sol, of Curiosity's surface operations (Dec. 7, 2012).

The image has been white-balanced to show what the rock would look like if it were on Earth.