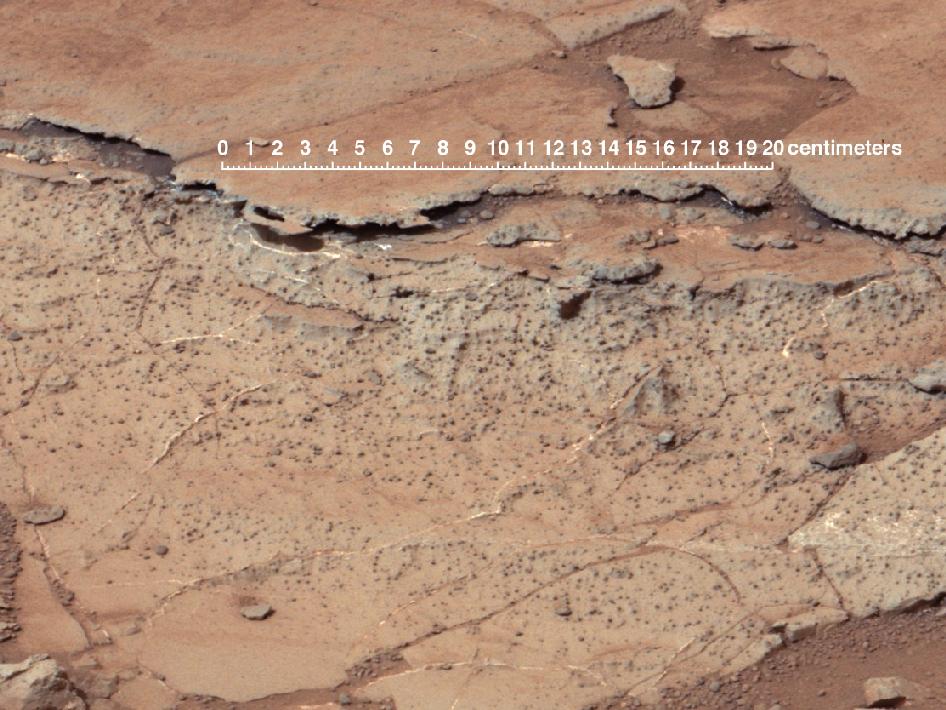 This image from the right Mast Camera (Mastcam) of NASA's Curiosity Mars rover shows roughly spherical features. These are called spherules, and they are common in this stratigraphic unit, the Sheepbed Unit, which defines the lower part of the sequences of strata exposed in "Yellowknife Bay." These features are interpreted as concretions, implying they formed in water that percolated through pores in the sediment. Spherical concretions have previously been discovered in other rocks on Mars.

Mastcam obtained these images on the 139th Martian day, or sol, of Curiosity's surface operations (Dec. 25, 2012). The image has been white-balanced to show what the rock would look like if it were on Earth.