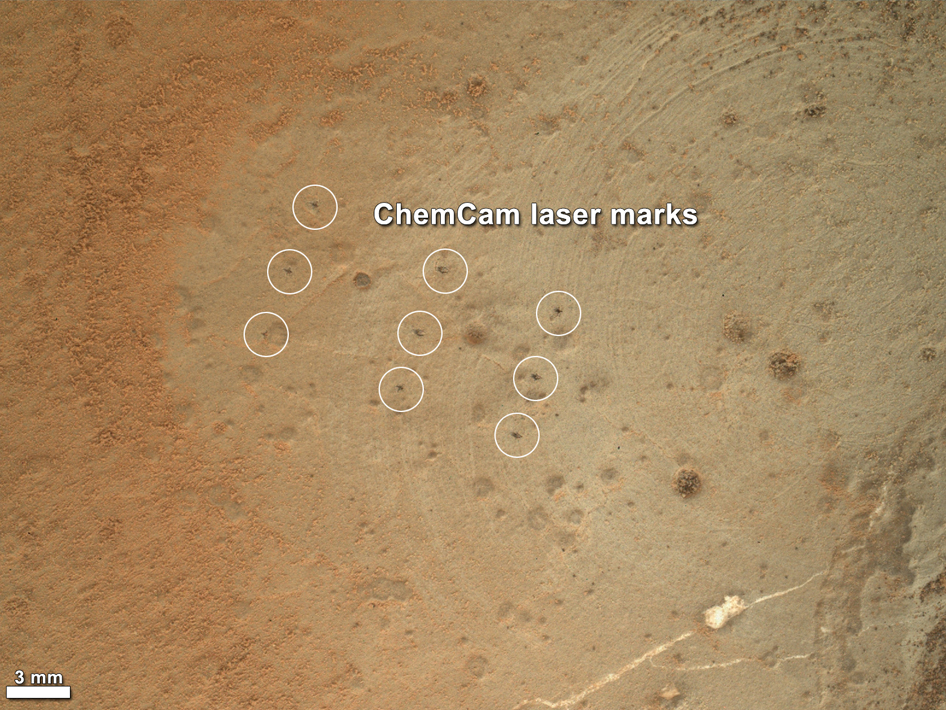 This image from the Mars Hand Lens Imager (MAHLI) on NASA's Mars rover Curiosity shows details of rock texture and color in an area where the rover's Dust Removal Tool (DRT) brushed away dust that was on the rock. This rock target, "Wernecke," was brushed on the 169th Martian day, or sol, of Curiosity's mission on Mars (Jan. 26, 2013). This image was recorded on Sol 173 (Jan. 30, 2013).

The image shows nine small pits created by the rover's Chemistry and Camera (ChemCam) laser during its analysis of the target, one of four potential drill targets considered. Ultimately, this site was not chosen for the rover's first drilling. The rest of the features are natural to the rock, and include fractures, white veins, gray and white nodules, pits and tiny dark grains. Remaining clumps and specks of dust can also be seen. The scale bar at lower left is 0.12 inches (3 millimeters).