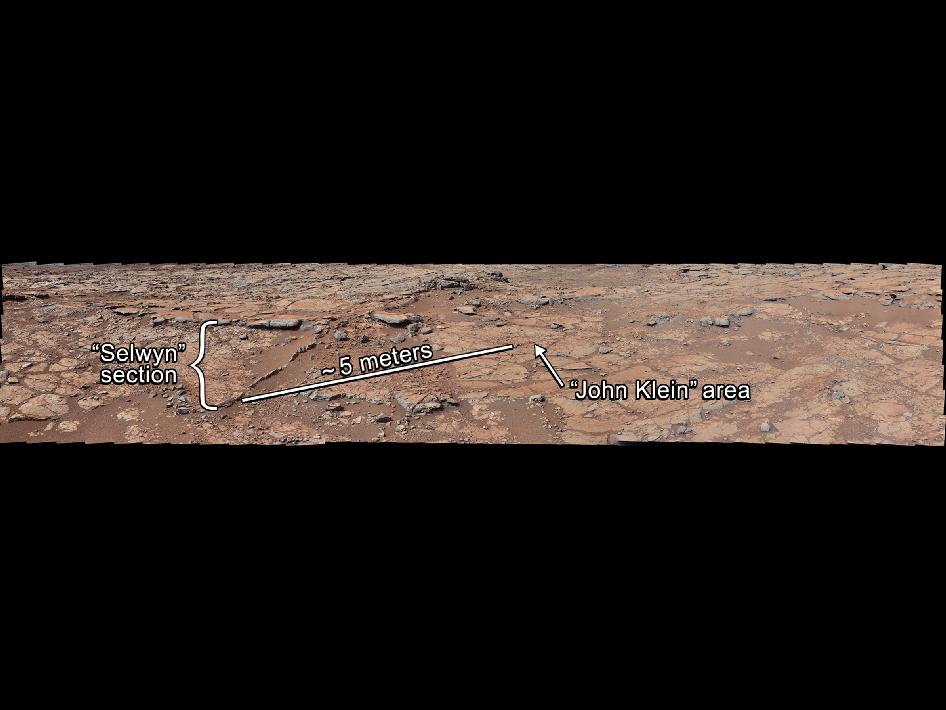 From a position in the shallow "Yellowknife Bay" depression, NASA's Mars rover Curiosity used its right Mast Camera (Mastcam) to take the telephoto images combined into this panorama of geological diversity.

A lip defining the edge of Yellowknife Bay is visible in the middle distance near the center of the image and in the farther distance on the right.

Shown in this panorama are the locations of the "Selwyn" section, the "John Klein" drill area, and the approximate distance between them. The Curiosity science team completed an extensive investigation of the chemical and textural properties of the rocks at these locations in advance of drilling at John Klein. This investigation included 25 analyses from the Alpha Particle X-ray Spectrometer (APXS), more than 1,000 images from the Mars Hand Lens Imager (MAHLI), and more than 12,000 laser shots from the Chemistry and Camera instrument (ChemCam).

The mosaics have been white-balanced to show what the rocks would look like if they were on Earth.

This image was originally released without labels on Jan. 15, 2013, and can be found at http://photojournal.jpl.nasa.gov/catalog/PIA16701 .