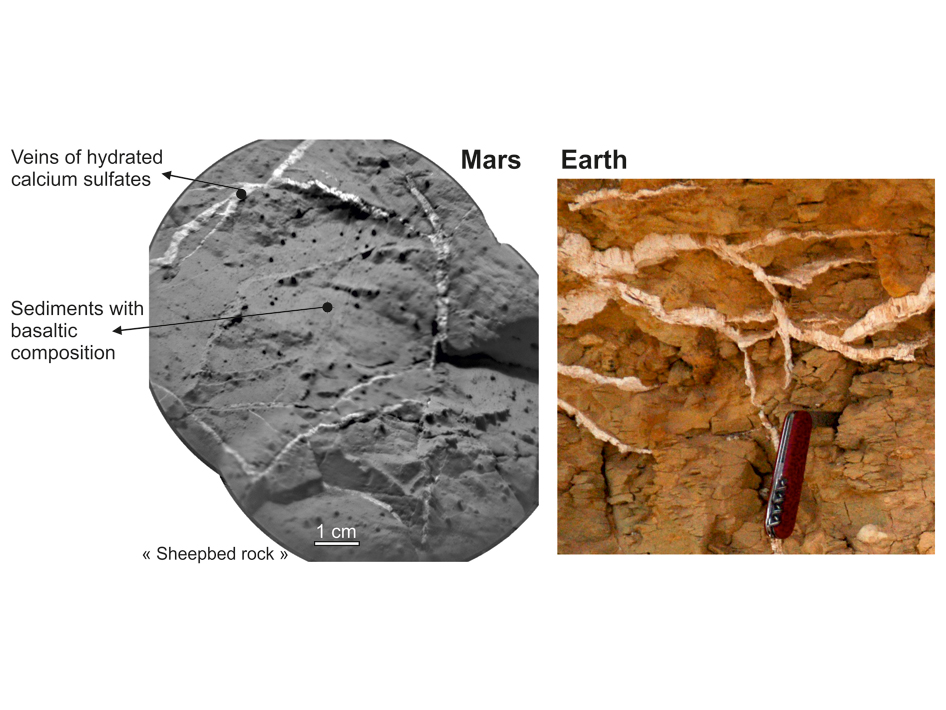 Veins in Rocks on Mars and Earth

This set of images shows the similarity of sulfate-rich veins seen on Mars by NASA's Curiosity rover to sulfate-rich veins seen on Earth. The view on the left is a mosaic of two shots from the remote micro-imager on Curiosity's Chemistry and Camera (ChemCam) instrument on Dec. 14, 2012, or the 126th sol, or Martian day, of operations. They show a view of "Sheepbed" rock in the "Yellowknife Bay" area of Mars. The sulfate-rich veins are the light-colored veins about 1 to 5 millimeters (0.04 to 0.2 inches) wide. The image on the right is from the Egyptian desert on Earth. A pocket knife is shown for scale (image courtesy of Pierre Thomas).

On Earth, calcium sulfates like gypsum form frequently in veins when relatively dilute fluid circulates at low to moderate temperatures.