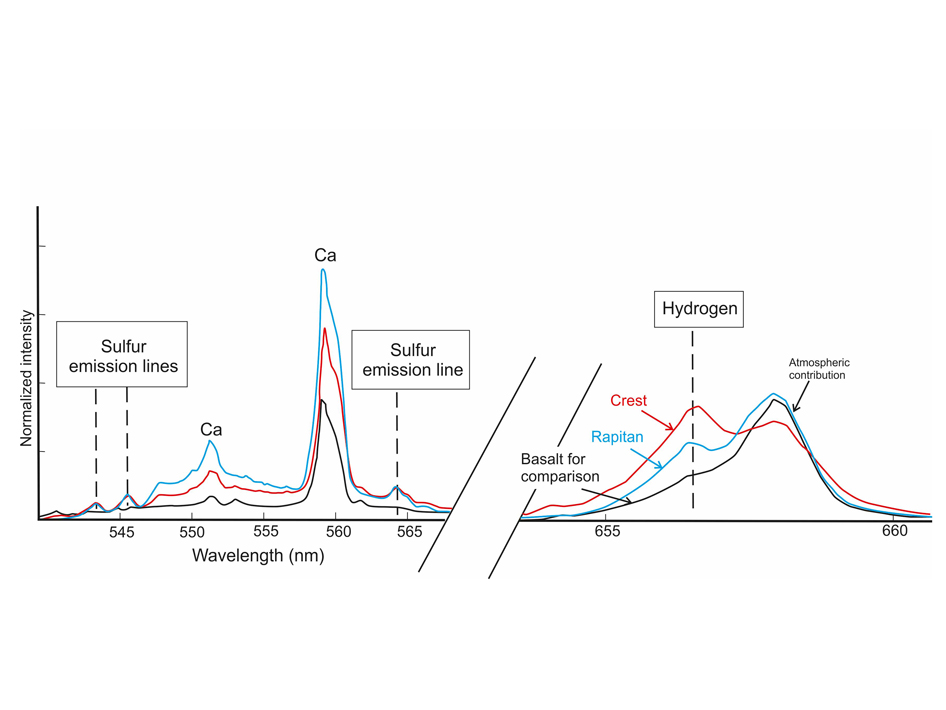 This graphic from NASA's Curiosity mission shows an analysis of the composition of two rocks called "Crest" and "Rapitan" in the "Yellowknife Bay" area of Mars. Curiosity's Chemistry and Camera (ChemCam) instrument zapped light-colored veins in these rocks with its laser and found that they contain sulfur and hydrogen. Scientists interpret these results to mean Crest and Rapitan's light-colored veins contain hydrated calcium sulfates. These minerals could be gypsum or bassanite. On Earth, calcium sulfates like gypsum form frequently in veins when relatively dilute fluid circulates at low to moderate temperatures. The ChemCam analysis helped Curiosity mission managers decide where to use the rover's drill for the first time.

The ChemCam instrument took the RMI pictures and zapped lasers on Crest on Dec. 13, 2012, or the 125th sol, or Martian day, of operations.

The ChemCam instrument took the RMI pictures and zapped lasers on Rapitan on Dec. 23, 2012, or the 135th sol, or Martian day, of operations.