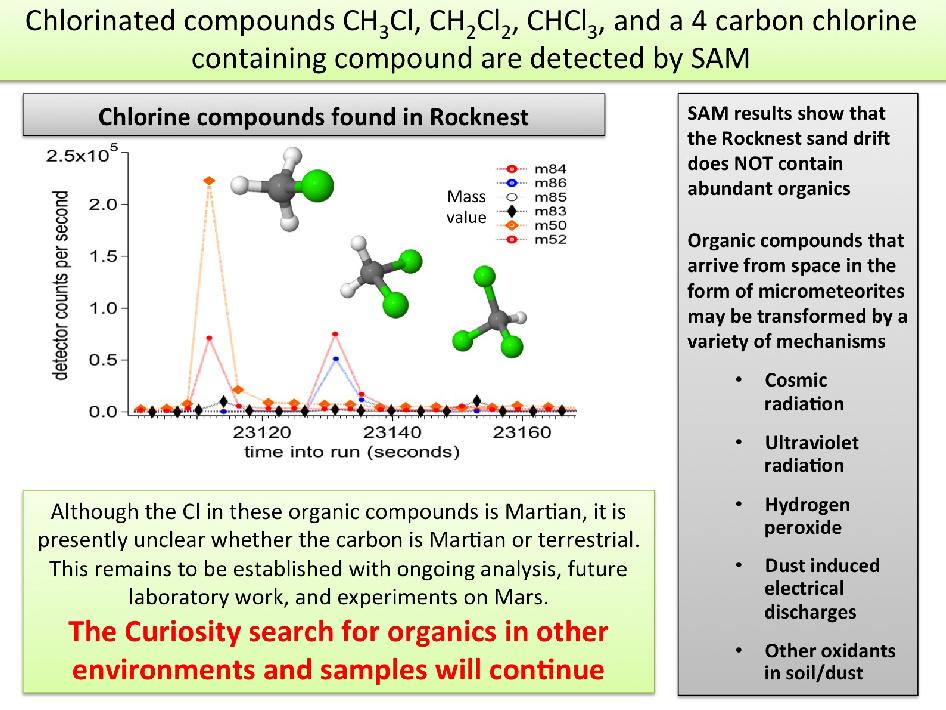 The first examinations of Martian soil by the Sample Analysis at Mars, or SAM, instrument on NASA's Mars Curiosity rover show no definitive detection of Martian organic molecules at this point. Organic molecules are carbon-containing compounds essential for life on Earth. The soil grains were acquired from a wind drift named "Rocknest."

The instrument did detect simple chlorinated carbon compounds, represented by ball and stick models on the graph. These compounds contain hydrogen and carbon as well as chlorine. More work is needed to determine if the carbon in these molecules is of terrestrial or Martian origin. The chlorinated compounds were likely created from a reaction with perchlorate or a perchlorite-like phase and carbon-containing molecules.

Future experiments will further address the question of the observed carbon's origins, and the rover will continue to search for organics in both rocks and sands in other environments of Gale Crater.