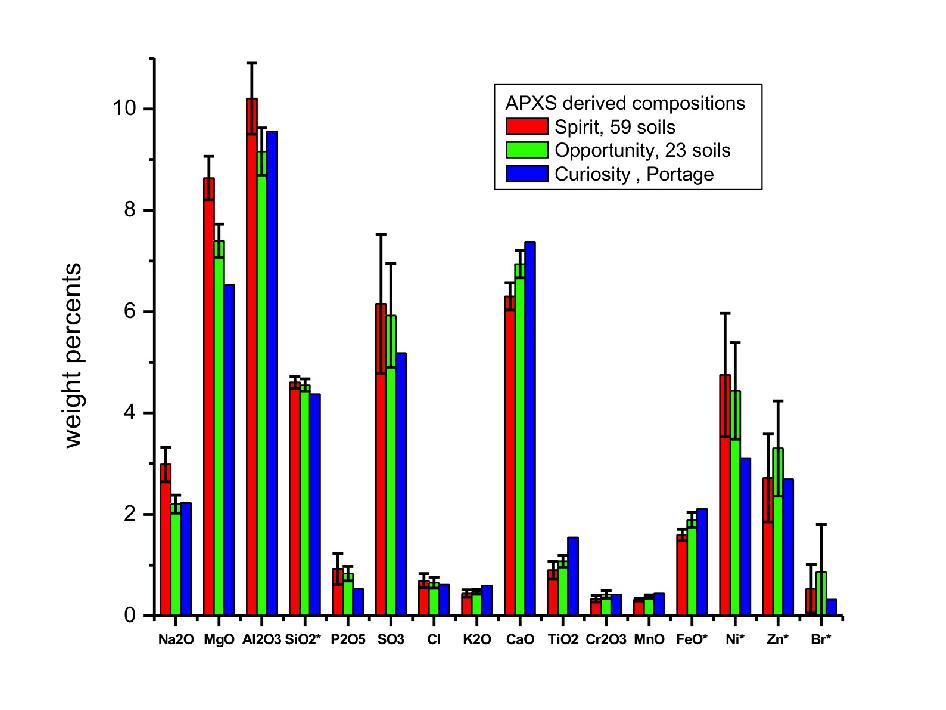 These early results indicate that the samples investigated by Curiosity are very similar to those at previous landing sites.

Error bars indicate the variations for the given number of soils measured for the Mars Exploration Rovers along the traverse. Note that concentrations of silicon dioxide and iron oxide were divided by 10, and nickel, zinc and bromine levels were multiplied by 100.