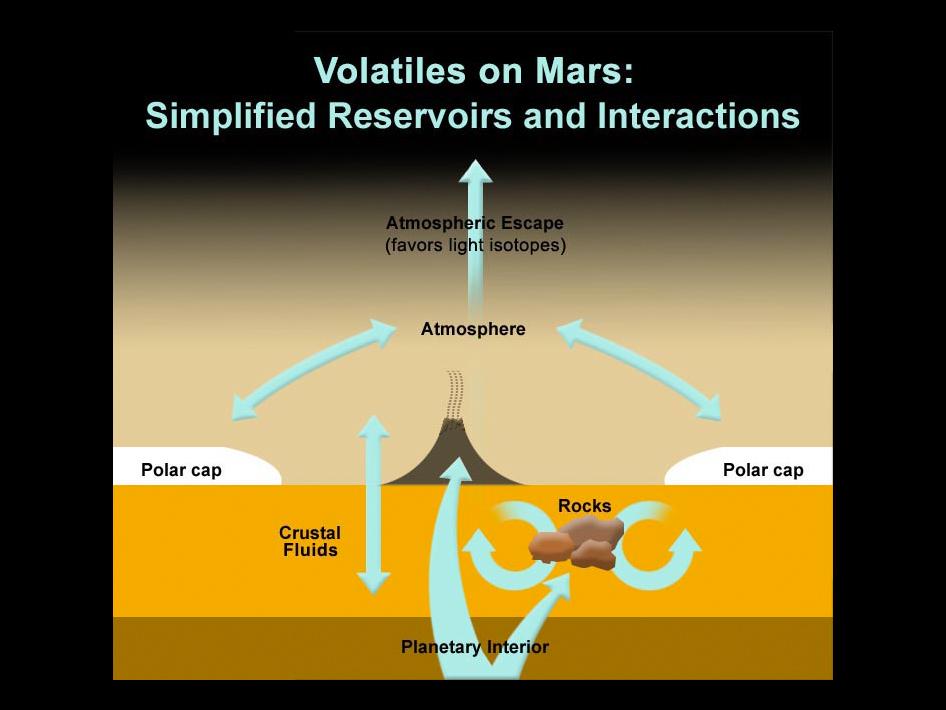 This illustration shows the locations and interactions of volatiles on Mars. Volatiles are molecules that readily evaporate, converting to their gaseous form, such as water and carbon dioxide. On Mars, and other planets, these molecules are released from the crust and planetary interior into the atmosphere via volcanic plumes. On Mars, significant amounts of carbon dioxide go back and forth between polar ice caps and the atmosphere depending on the season (when it's colder, this gas freezes into the polar ice caps).

New results from the Sample Analysis at Mars, or SAM, instrument on NASA's Curiosity rover show that the lighter forms of certain volatiles, also called isotopes, have preferentially escaped from the atmosphere, leaving behind a larger proportion of heavy isotopes. Scientists will continue to examine this phenomenon as the mission continues, looking for isotope signatures in rocks. One question they plan to address is: To what degree have atmospheric volatiles been incorporated into rocks in the crust through the action of fluids, perhaps in the distant past?