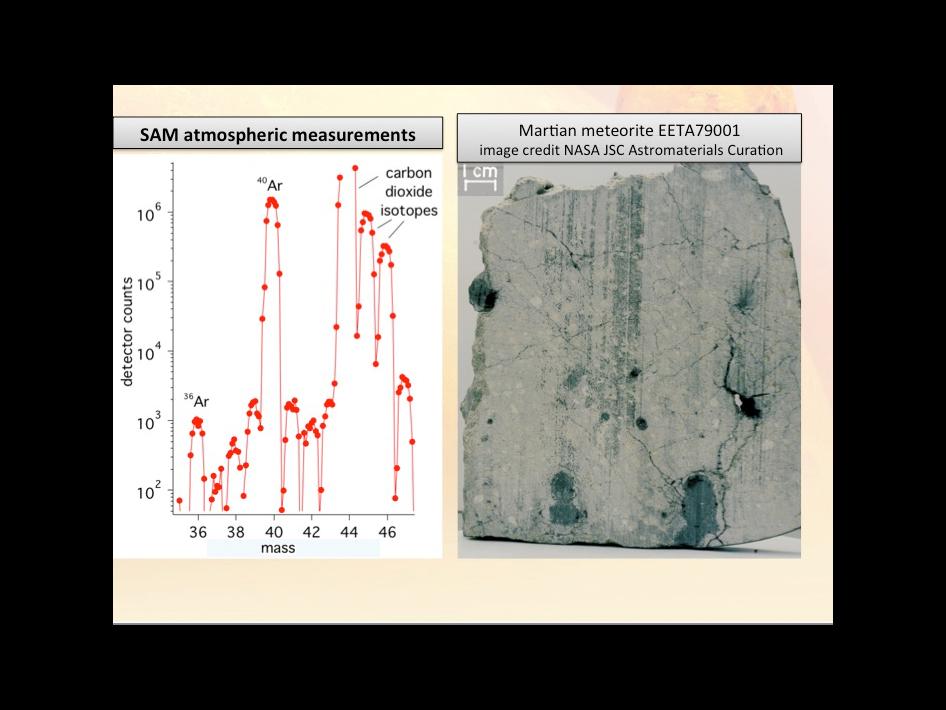 The plot on the left shows new results from the Sample Analysis at Mars, or SAM, instrument on NASA's Curiosity rover. The instrument measured levels of different gas isotopes in the atmosphere. Isotopes are variations of atoms weighing different amounts. As seen on the plot, SAM detected about 2,000 times as much argon-40 as argon-36, which weighs less. This result is the most precise measurement yet of argon isotope ratios on Mars, and confirms the connection between Mars and Martian meteorites found on Earth, an example of which is shown at the right. The dark blobs in the meteorite are areas where atmospheric gases were trapped when the meteorite was ejected from Mars, and they include argon with the same ratio of argon-40 to argon-36 as SAM has measured in Gale Crater.