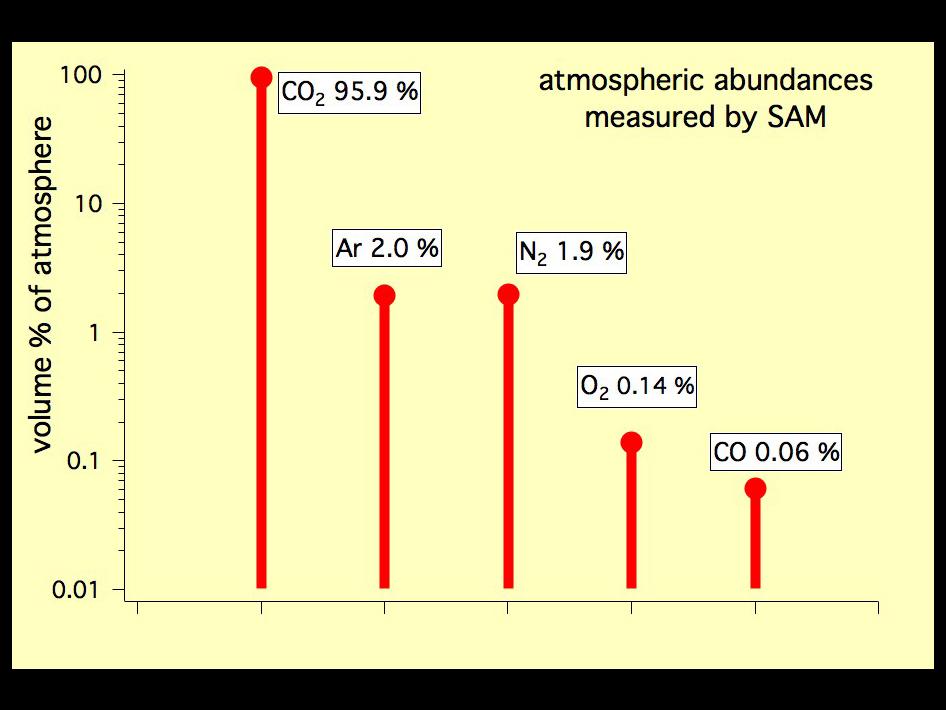 The Five Most Abundant Gases in the Martian Atmosphere

This graph shows the percentage abundance of five gases in the atmosphere of Mars, as measured by the Quadrupole Mass Spectrometer instrument of the Sample Analysis at Mars instrument suite on NASA's Mars rover in October 2012. The season was early spring in Mars' southern hemisphere, and the location was inside Mars' Gale Crater, at 4.49 degrees south latitude, 137.42 degrees east longitude.

The graph uses as logarithmic scale for volume percentage of the atmosphere so that these gases with very different concentrations can all be plotted. By far the predominant gas is carbon dioxide, making up 95.9 percent of the atmosphere's volume. The next four most abundant gases are argon, nitrogen, oxygen and carbon monoxide. Researchers will use SAM repeatedly throughout Curiosity's mission on Mars to check for seasonal changes in atmospheric composition.