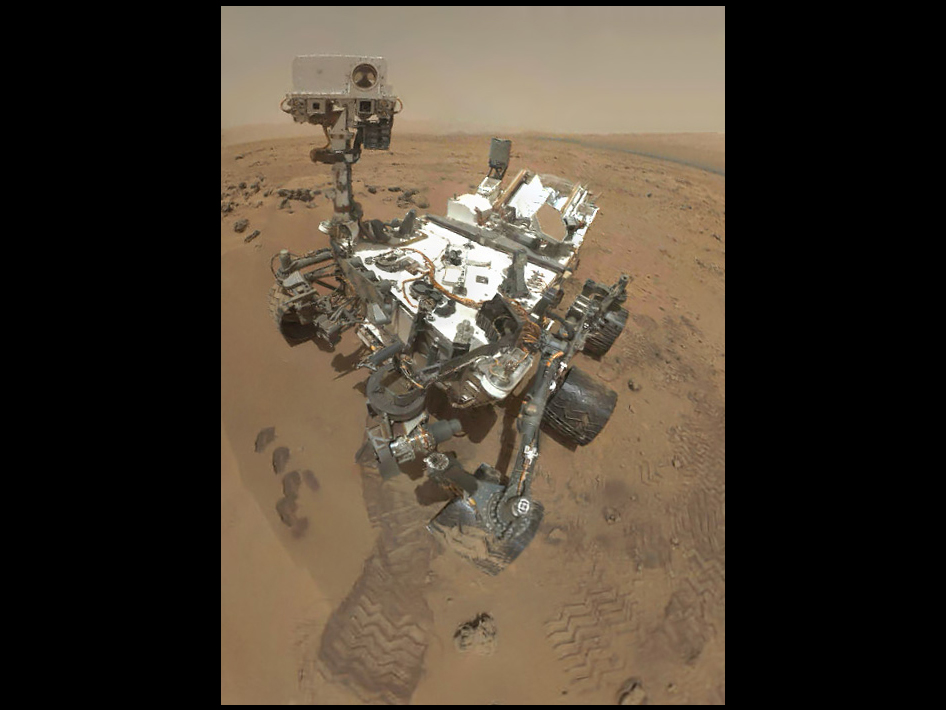 On Sol 84 (Oct. 31, 2012), the Curiosity rover used the Mars Hand Lens Imager (MAHLI) to capture the set of thumbnail images stitched together to create this full-color self-portrait.

This self-portrait documents the state of the rover and allows mission engineers to track changes over time, such as dust accumulation and wheel wear. Due to its location on the end of the robotic arm, only MAHLI is able to image some parts of the rover, including port-side wheels.

The mosaic shows the rover at "Rocknest," the spot in Gale Crater where the mission's first scoop sampling took place. Scoop scars can be seen in the regolith in front of the rover. A portion of Mount Sharp appears on the right side. Mountains in the background to the left are the northern wall of Gale Crater.

When the rover returns the full-resolution MAHLI frames of the scene, the team plans to generate a more detailed portrait of Curiosity in its Martian neighborhood.