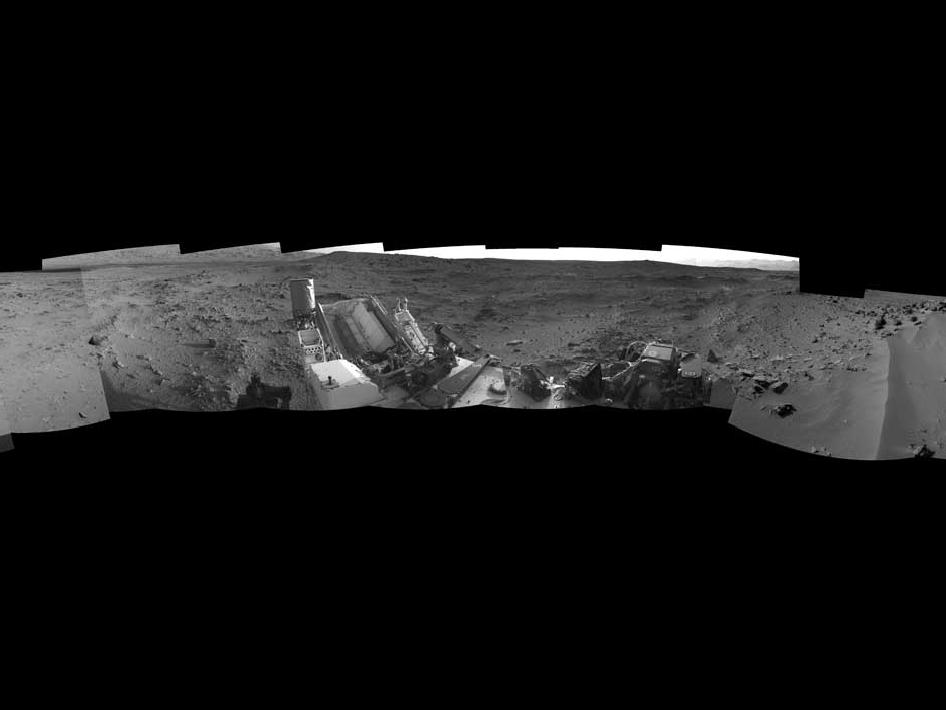 View on the Way to 'Glenelg'

This 360-degree panorama from NASA's Mars rover Curiosity shows the rocky terrain surrounding it as of its 55th Martian day, or sol, of the mission (Oct. 1, 2012). The base of Mount Sharp can be seen at upper left.

The sandy area seen to the right is a region called "Rocknest," which is the current candidate for Curiosity's first scooping experiments on Mars.

This image was taken by the rover's Navigation camera.