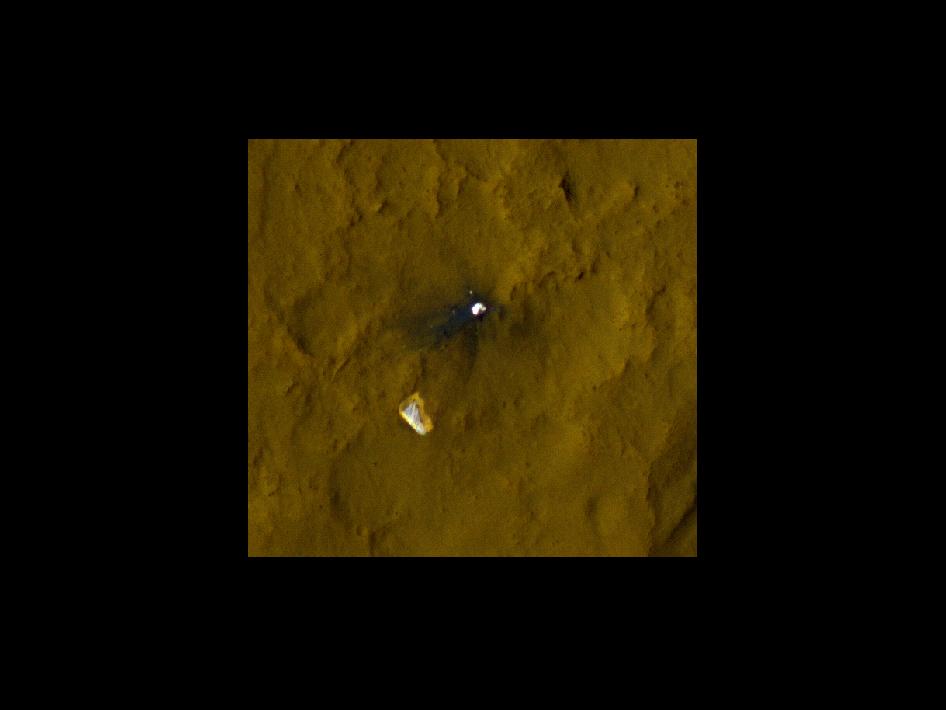 This color view of the parachute and back shell that helped deliver NASA's Curiosity rover to the surface of the Red Planet was taken by the High-Resolution Imaging Science Experiment (HiRISE) camera on NASA's Mars Reconnaissance Orbiter. The area where the back shell impacted the surface is darker because lighter-colored material on the surface was kicked up and displaced.

The full image for these observations can be seen at http://uahirise.org/releases/msl-tracks.php.