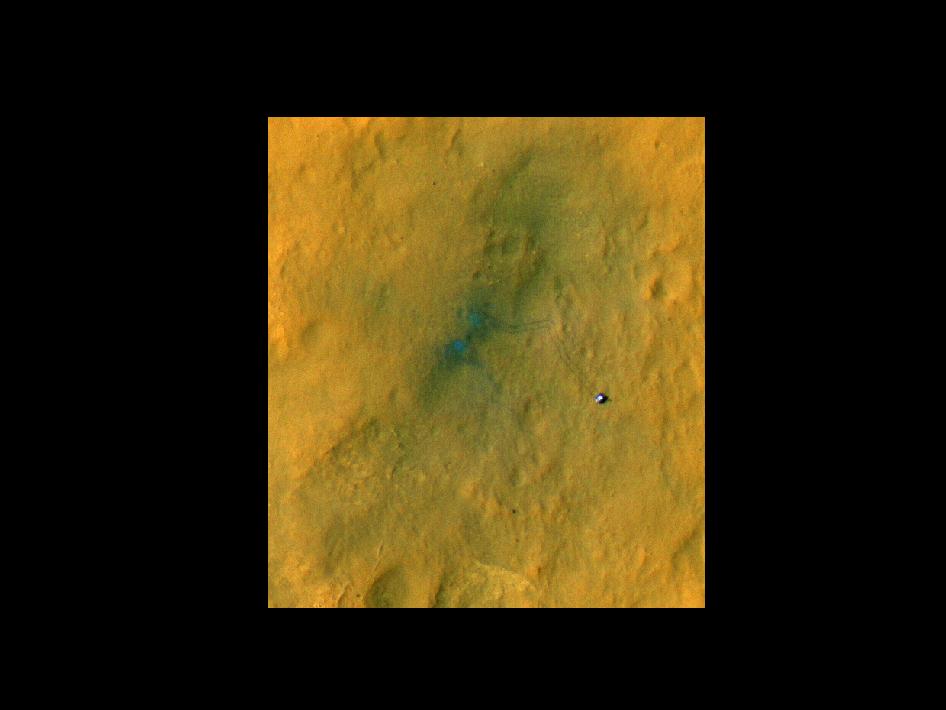 Tracks from the first drives of NASA's Curiosity rover are visible in this image captured by the High-Resolution Imaging Science Experiment (HiRISE) camera on NASA's Mars Reconnaissance Orbiter. The rover is seen where the tracks end. The image's color has been enhanced to show the surface details better.

The two marks seen near the site where the rover landed formed when reddish surface dust was blown away by the rover's descent stage, revealing darker basaltic sands underneath. Similarly, the tracks appear darker where the rover's wheels disturbed the top layer of dust.

Observing the tracks over time will provide information on how the surface changes as dust is deposited and eroded.

The full image for these observations can be seen at http://uahirise.org/releases/msl-tracks.php.