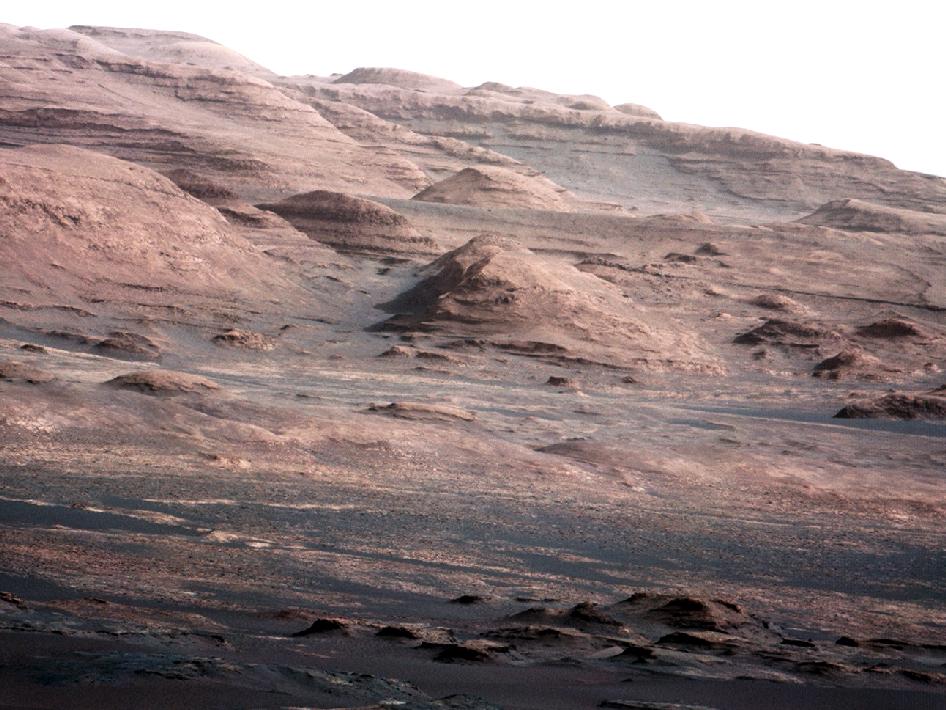 Layers at the Base of Mount Sharp

A chapter of the layered geological history of Mars is laid bare in this postcard from NASA's Curiosity rover. The image shows the base of Mount Sharp, the rover's eventual science destination.

This image is a portion of a larger image taken by Curiosity's 100-millimeter Mast Camera on Aug. 23, 2012. See PIA16104. Scientists enhanced the color in one version to show the Martian scene under the lighting conditions we have on Earth, which helps in analyzing the terrain.

For scale, an annotated version of the figure highlights a dark rock that is approximately the same size as Curiosity. The pointy mound in the center of the image, looming above the rover-sized rock, is about 1,000 feet (300 meters) across and 300 feet (100 meters) high.
› Annotated version