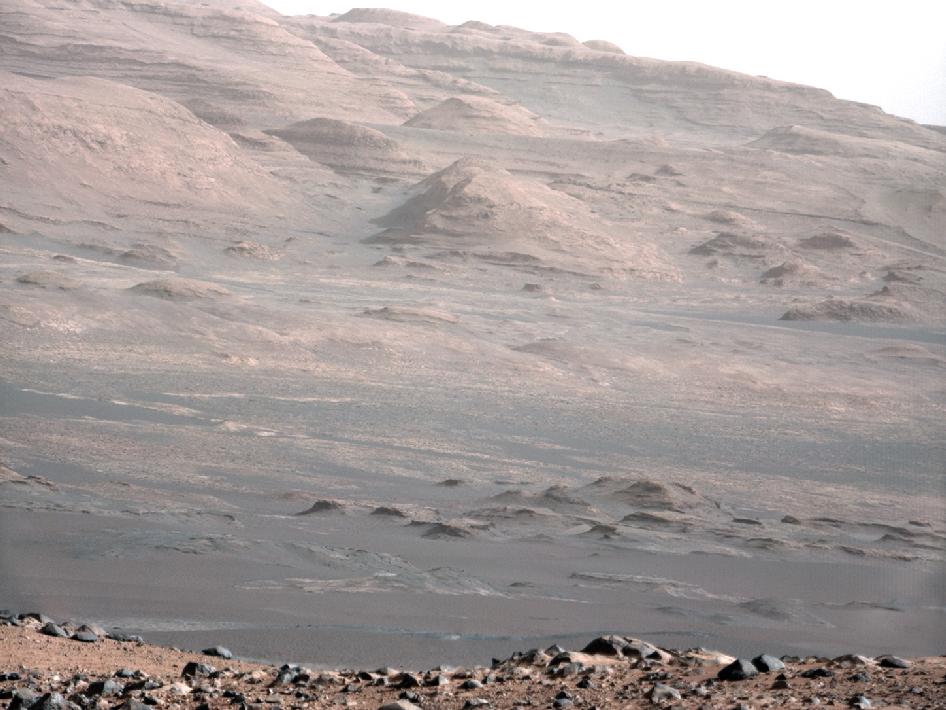 This image is from a test series used to characterize the 100-millimeter Mast Camera on NASA's Curiosity rover. It was taken on Aug. 23, 2012, and looks south-southwest from the rover's landing site.

The gravelly area around Curiosity's landing site is visible in the foreground. Farther away, about a third of the way up from the bottom of the image, the terrain falls off into a depression (a swale). Beyond the swale, in the middle of the image, is the boulder-strewn, red-brown rim of a moderately-sized impact crater. Farther off in the distance, there are dark dunes and then the layered rock at the base of Mount Sharp. Some haze obscures the view, but the top ridge, depicted in this image, is 10 miles (16.2 kilometers) away.

Scientists enhanced the color in one version to show the Martian scene under the lighting conditions we have on Earth, which helps in analyzing the terrain. A raw version is also available.

An annotated version of the image indicates the distances to different features. They were calculated using a computer program that analyzes data from the High Resolution Imaging Science Experiment (HiRISE) camera aboard NASA's Mars Reconnaissance Orbiter.

To see a close-up of the layered buttes of Mount Sharp, see PIA16105.