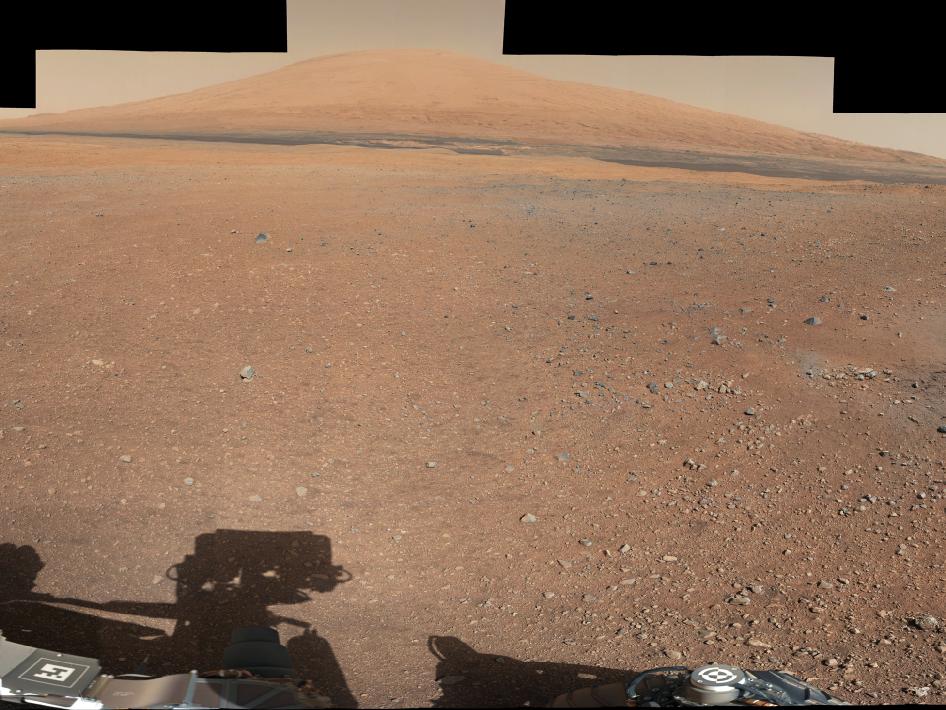 Landing Site Panorama, with the Heights of Mount Sharp

Scientists enhanced the color in one version to show the Martian scene as it would appear under the lighting conditions we have on Earth, which helps in analyzing the terrain. A raw version is also available.