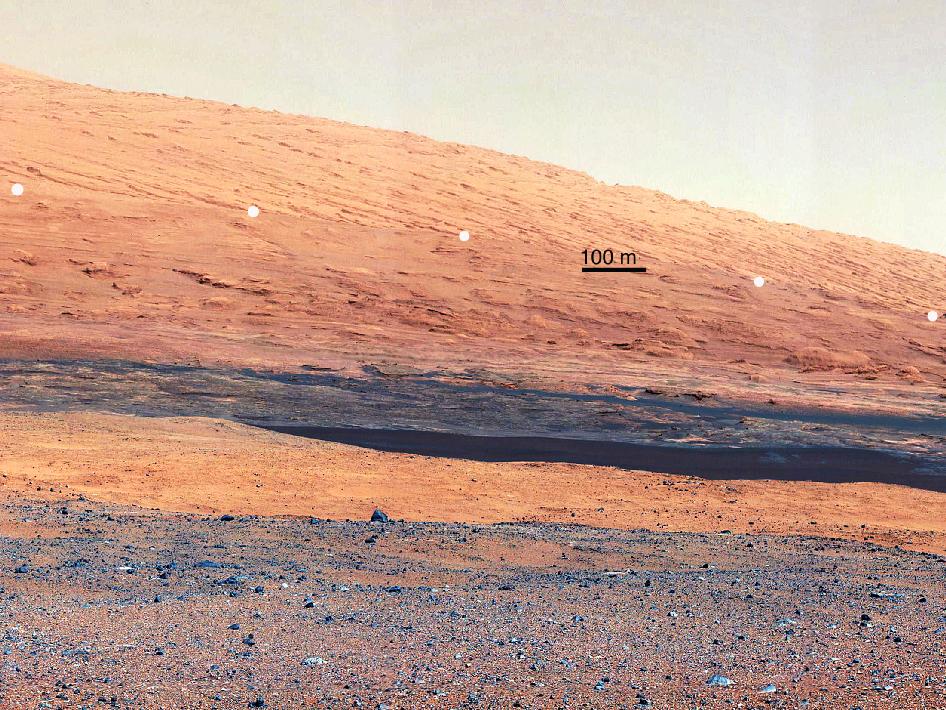 Getting to Know Mount Sharp

This image taken by the Mast Camera (MastCam) on NASA's Curiosity rover highlights the interesting geology of Mount Sharp, a mountain inside Gale Crater, where the rover landed. Prior to the rover's landing on Mars, observations from orbiting satellites indicated that the lower reaches of Mount Sharp, below the line of white dots, are composed of relatively flat-lying strata that bear hydrated minerals. Those orbiter observations did not reveal hydrated minerals in the higher, overlying strata.