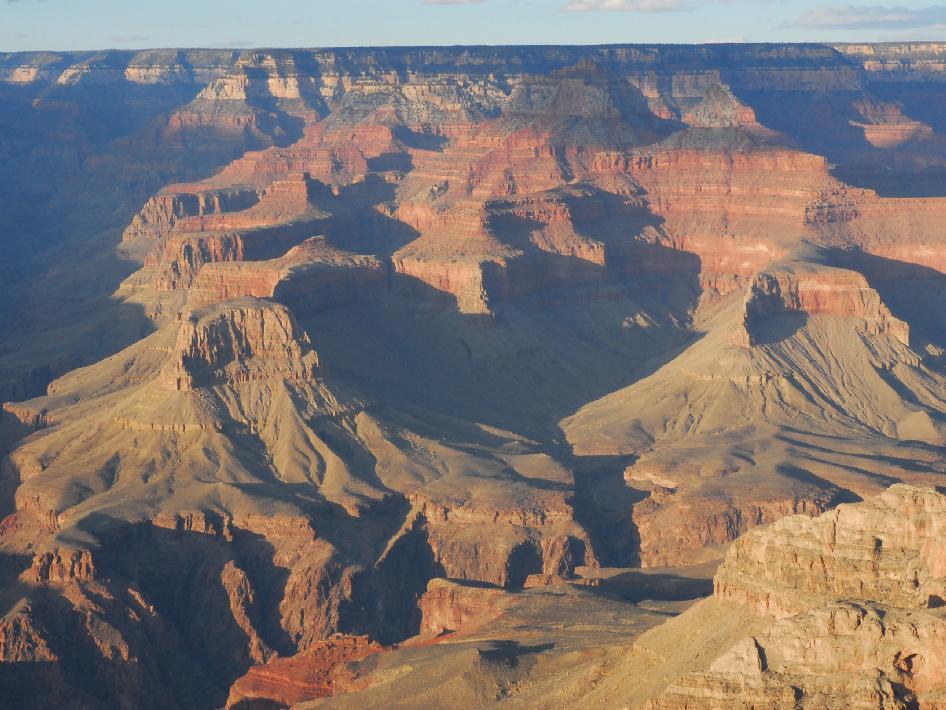 Before NASA's Curiosity rover landed on Mars, the strata exposed in Mount Sharp were compared to those in the Grand Canyon of the western United States, shown here. Now that the rover has arrived, scientists are surprised by just how close the similarities between the two terrains are.