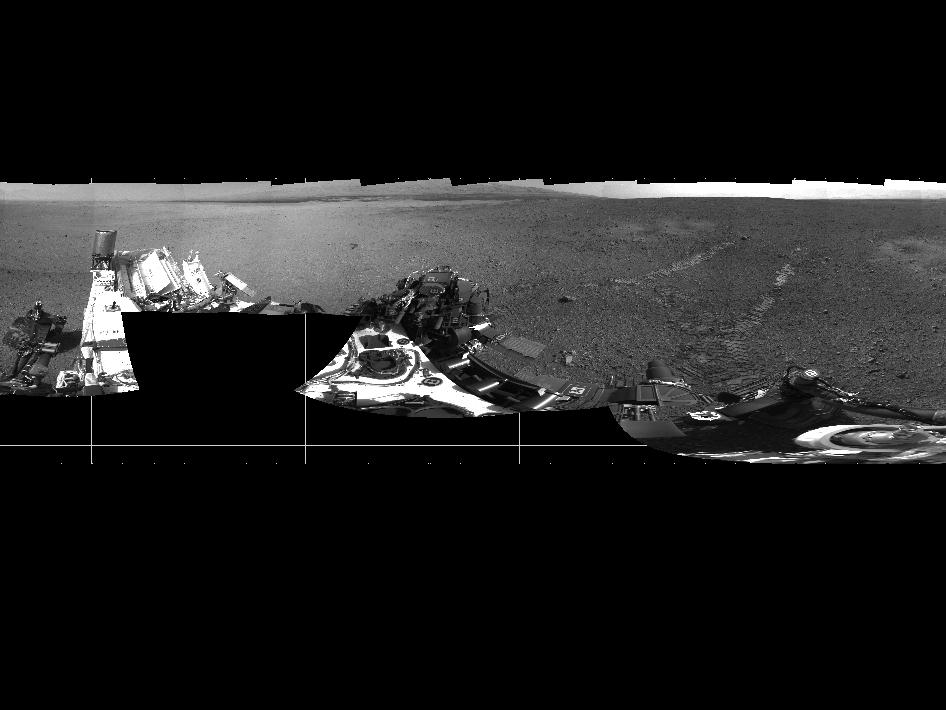 This 360-degree panorama shows evidence of a successful first test drive for NASA's Curiosity rover. On Aug. 22, 2012, the rover made its first move, going forward about 15 feet (4.5 meters), rotating 120 degrees and then reversing about 8 feet (2.5 meters). Curiosity is about 20 feet (6 meters) from its landing site, now named Bradbury Landing.

Visible in the image are the rover's first track marks. A small 3.5-inch (9-centimeter) rock can be seen where the drive began, which engineers say was partially under one of the rear wheels. Scour marks left by the rover's descent stage during landing can be seen to the left and right of the wheel tracks. The lower slopes of Mount Sharp are visible at the top of the picture, near the center.

This mosaic from the rover's Navigation camera is made up of 23 full-resolution frames, displayed in a cylindrical projection.