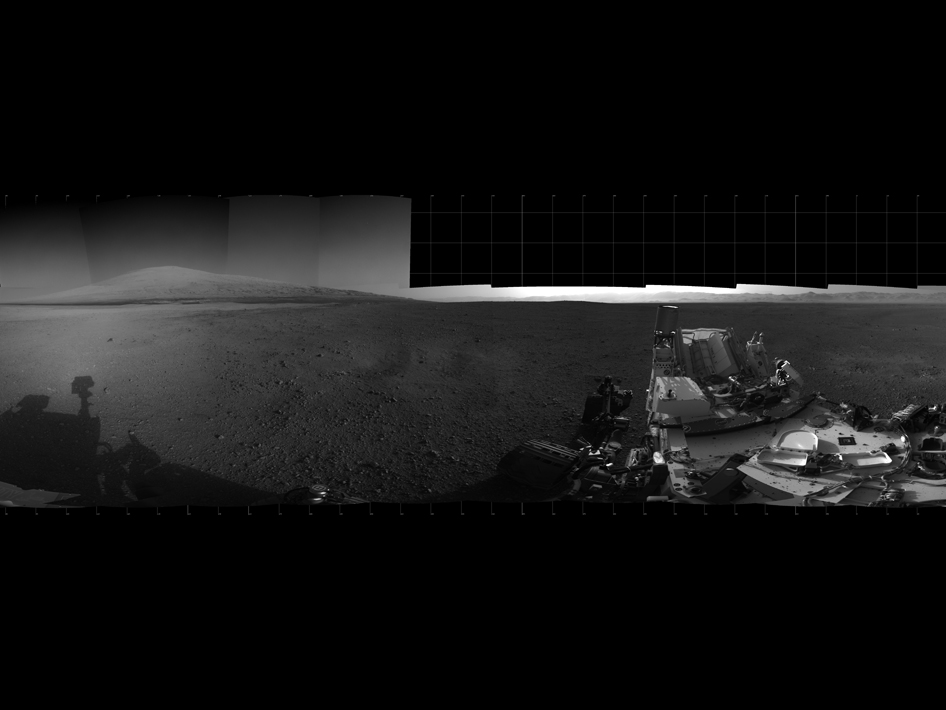 The Heights of Mount Sharp

With the addition of four high-resolution Navigation Camera, or Navcam, images, taken on Aug. 18 (Sol 12), Curiosity's 360-degree landing-site panorama now includes the highest point on Mount Sharp visible from the rover. Mount Sharp's peak is obscured from the rover's landing site by this highest visible point.

The Martian mountain rises 3.4 miles (5.5 kilometers) above the floor of Gale Crater. Geological deposits near the base of the Mount Sharp are the destination of the Curiosity rover's mission.

Along with the four Navcam images taken on the 18th, each 1,024 by 1,024 pixels, this mosaic includes 26 Navcam images, of equivalent resolution, taken late at night on Aug. 7 PDT (early morning Aug. 8 EDT). Seams between the images have been minimized as much as possible.

The previously released, 26-image Navcam mosaic can be found at: http://www.nasa.gov/mission_pages/msl/multimedia/pia16074.html.