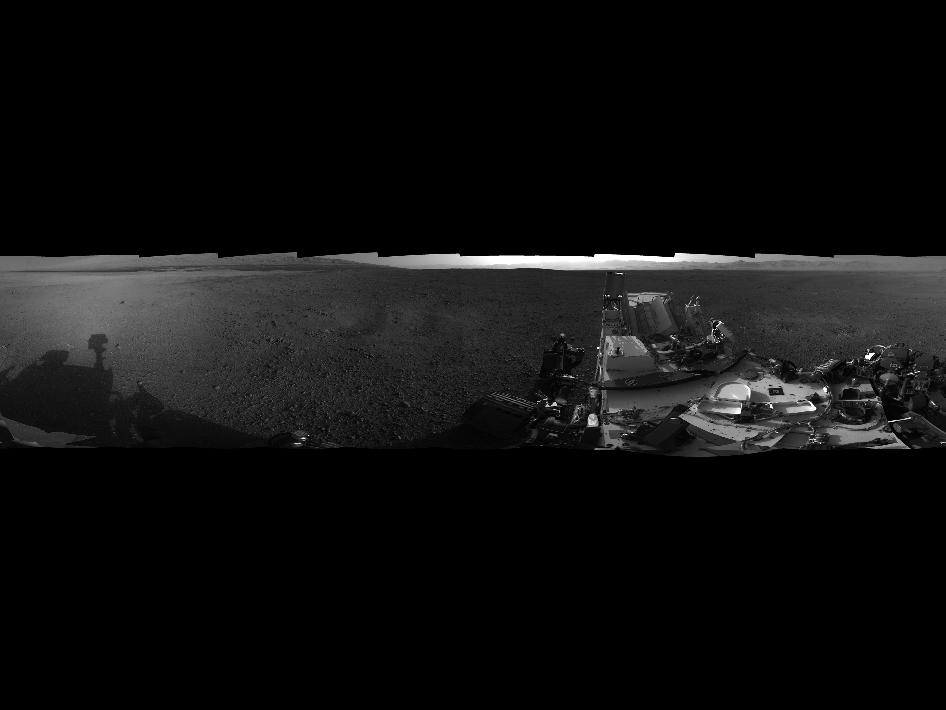 This 360-degree image shows a complete, full-resolution panorama around NASA's Curiosity rover, taken by the Navigation cameras. The pointy rim of Gale Crater can be seen as a lighter strip along the top right of the image. The base of Mount Sharp can be seen along the top left.