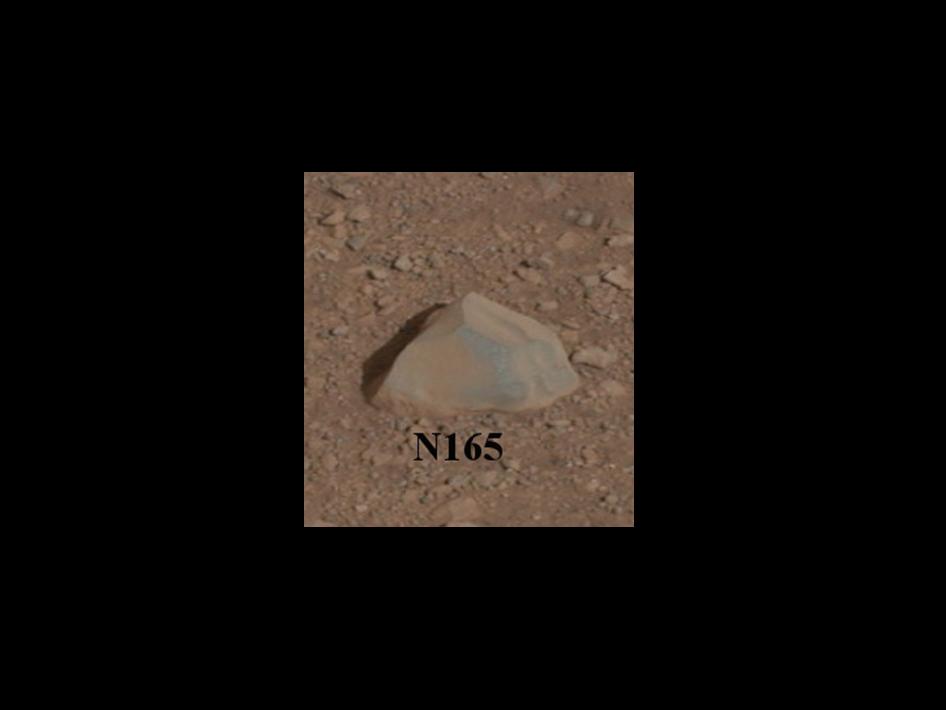 This close-up image shows the first target NASA's Curiosity rover aims to zap with its Chemistry and Camera (ChemCam) instrument. ChemCam will be firing a laser at this rock, provisionally named N165, and analyzing the glowing, ionized gas, called plasma, that the laser excites. The instrument will analyze that spark with a telescope and identify the chemical elements in the target.

The rock is just off to the right of the rover. This image is part of a set of images obtained by Curiosity's Mast Camera on Aug. 8 PDT (Aug. 9 EDT). See pia16051 for the larger mosaic.