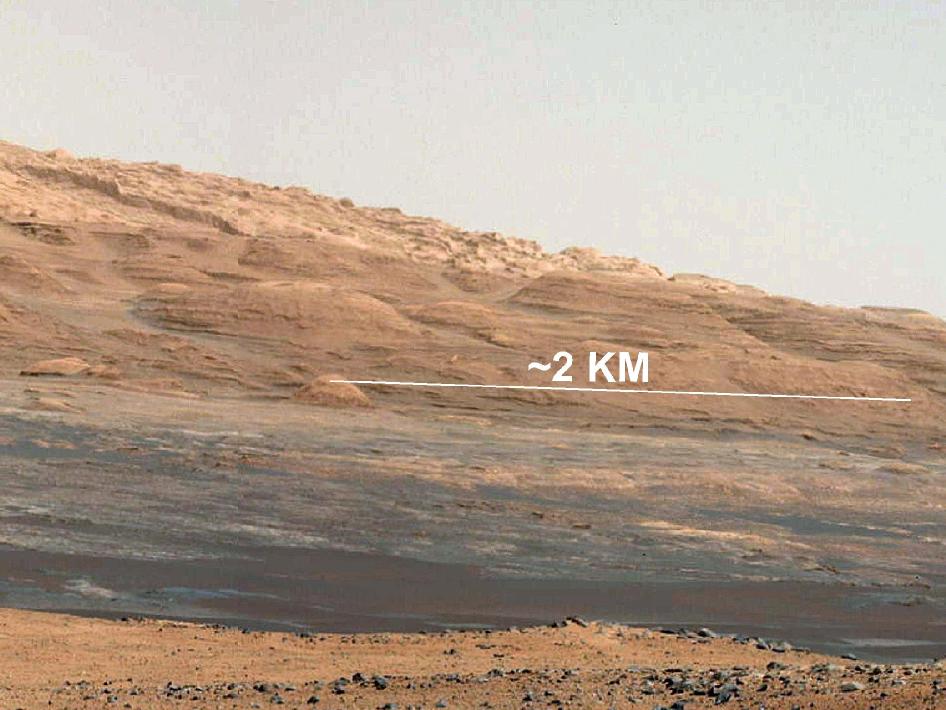 This image (cut out from a mosaic) shows the view from the landing site of NASA's Curiosity rover toward the lower reaches of Mount Sharp, where Curiosity is likely to begin its ascent through hundreds of feet (meters) of layered deposits. The lower several hundred feet (meters) show evidence of bearing hydrated minerals, based on orbiter observations. The terrain Curiosity will explore is marked by hills, buttes, mesas and canyons on the scale of one-to-three story buildings, very much like the Four Corners region of the western United States.

A scale bar indicates a distance of 1.2 miles (2 kilometers).

This image shows the colors modified as if the scene were transported to Earth and illuminated by terrestrial sunlight. This processing, called "white balancing," is useful to scientists for recognizing and distinguishing rocks by color in more familiar lighting.