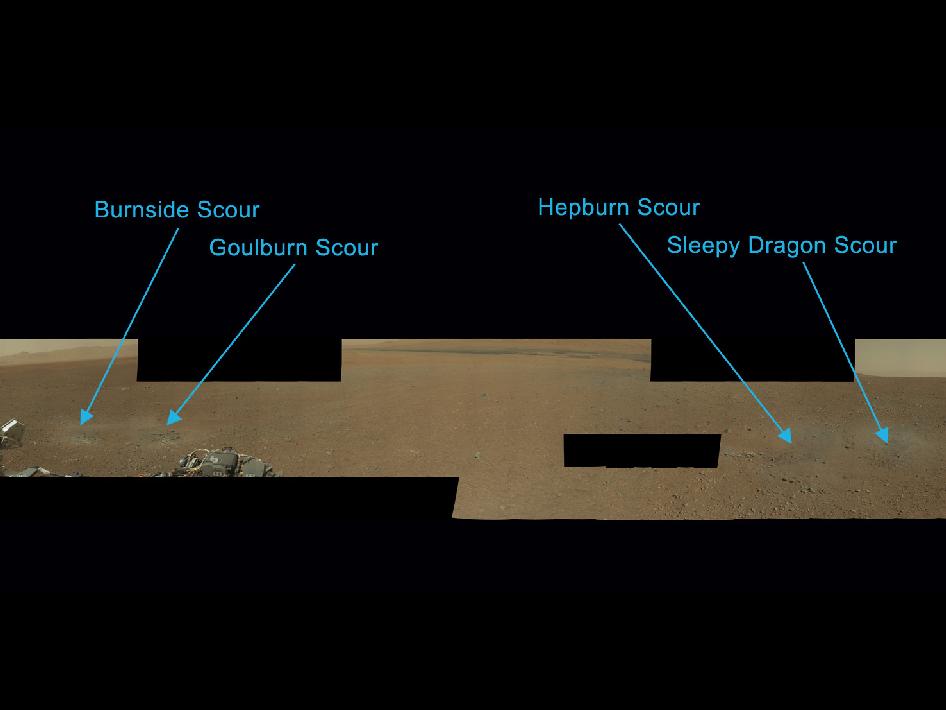 Scientists have now named the four marks near NASA's Curiosity rover where blasts from the descent stage rocket engines blew away some of the Martian surface material. Scientists have named the scour marks, clockwise from the most north: Burnside, Goulburn, Hepburn and Sleepy Dragon. These names were chosen by the science team from a list of rock formations in northern Canada because they all have something to do with heat, for example "burn" or "dragon."

This cropped image is part of a larger panorama from Curiosity's Mast Camera (see pia16051).