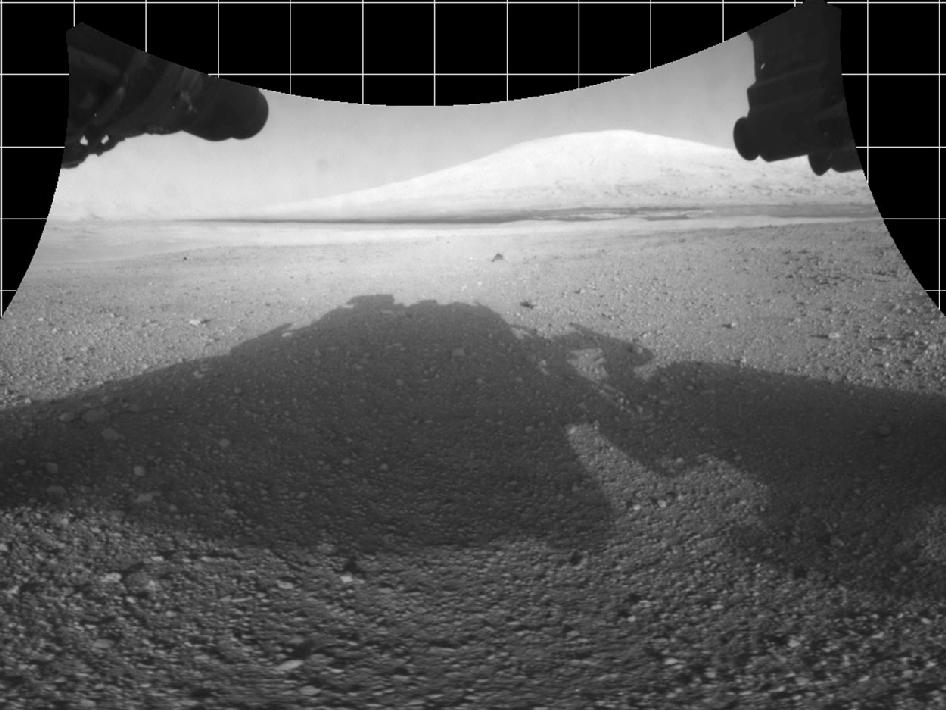 Curiosity's View From Below

This type of image is known as a cylindrical projection. The simplest way to imagine a cylinder projection is to think of an image that has been wrapped around a cylinder and then flattened out.

When the Hazcam image is projected in this way, it creates the impression that the viewer is sitting underneath the rover and slightly behind the cameras.

Pictured here are the wheels, which appear sort of "pigeon-toed" and in their stowed position from when the rover was tucked inside the spacecraft (aeroshell) on its way to Mars. Before driving for the first time, Curiosity will stretch her legs (wheels) and straighten them to their forward position.

Scientists create a cylindrical projection by remapping each pixel from the original image onto a cylinder. From the rover's reference frame, each pixel is assigned an elevation (an angle measured from the horizon) and an azimuth (a compass angle expressed in degrees, which represents direction, such as north = 0º, east=90º, south=180º, and west = 270º). Pixels in the same row of this image are at the same elevation, and pixels in the same column of this image are at the same azimuth.