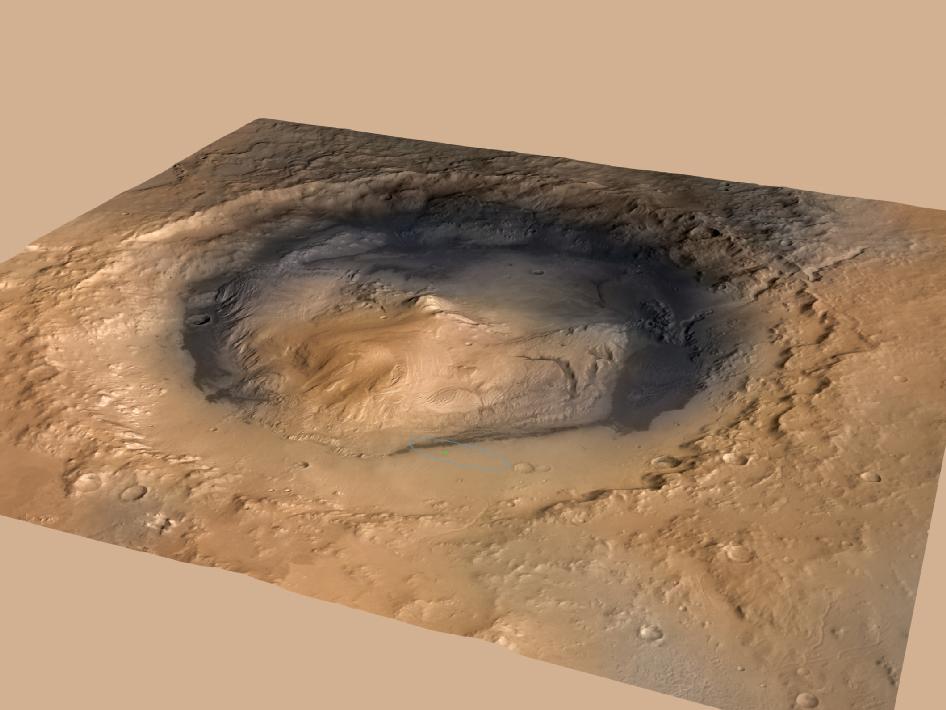 NASA's Curiosity rover landed in the Martian crater known as Gale Crater, which is approximately the size of Connecticut and Rhode Island combined. A green dot shows where the rover landed, well within its targeted landing ellipse, outlined in blue.

This oblique view of Gale, and Mount Sharp in the center, is derived from a combination of elevation and imaging data from three Mars orbiters. The view is looking toward the southeast. Mount Sharp rises about 3.4 miles (5.5 kilometers) above the floor of Gale Crater.