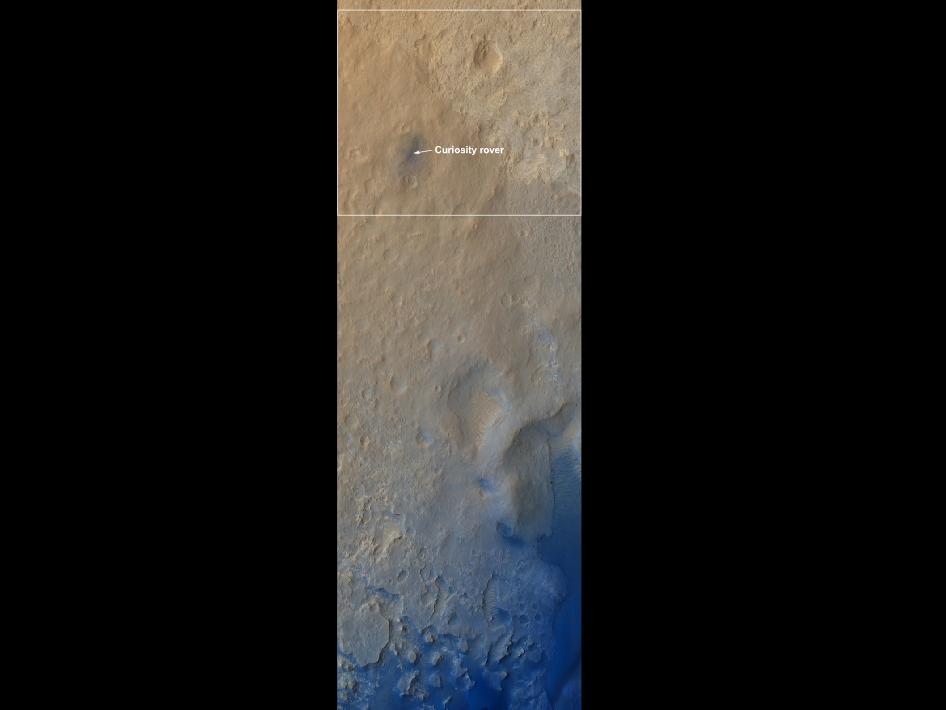 A Whole New World for Curiosity

This color-enhanced view -- taken by the High Resolution Imaging Science Experiment (HiRISE) on NASA's Mars Reconnaissance Orbiter as the satellite flew overhead -- shows the terrain around the rover's landing site within Gale Crater on Mars. Colors were enhanced to bring out subtle differences, showing that the landing region is not as colorful as regions to the south, closer to Mount Sharp, where Curiosity will eventually explore. In reality, the blue colors are more gray.

The rover itself is seen as the circular object, with the blast pattern from its descent stage seen as relatively blue colors.

The dark dune fields lying between the rover and Mount Sharp can be seen in the lower portion of the picture. Mount Sharp is out of view, below the image frame. The rover is about 980 feet (300 meters) from the bottom of the picture.

This image was acquired six days after Curiosity landed at an angle of 30 degrees from straight down, looking west. Another image looking more directly down will be acquired in five days, completing a stereo pair along with this image.

The scale of this image cutout is about 24 inches (62 centimeter) per pixel.