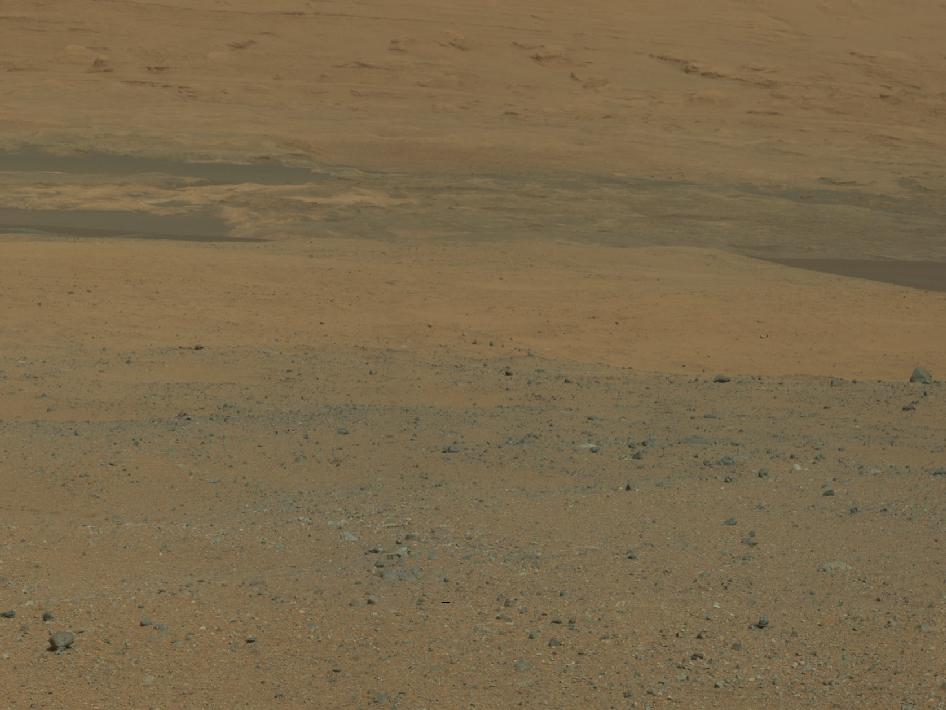 This color image from NASA's Curiosity rover looks south of the rover's landing site on Mars towards Mount Sharp. This is part of a larger, high-resolution color mosaic made from images obtained by Curiosity's Mast Camera.

The image provides an overview of the eventual geological targets Curiosity will explore over the next two years, starting with the rock-strewn, gravelly surface close by, and extending towards the dark dune field. Beyond that lie the layered buttes and mesas of the sedimentary rock of Mount Sharp.

In the main version, the colors portrayed are unmodified from those returned by the camera. The view is what a cell phone or camcorder would record since the Mastcam takes color pictures in the exact same manner that consumer cameras acquire color images. The second version, linked to the main version, shows the colors modified as if the scene were transported to Earth and illuminated by terrestrial sunlight. This processing, called "white balancing," is useful for scientists to be able to recognize and distinguish rocks by color in more familiar lighting.