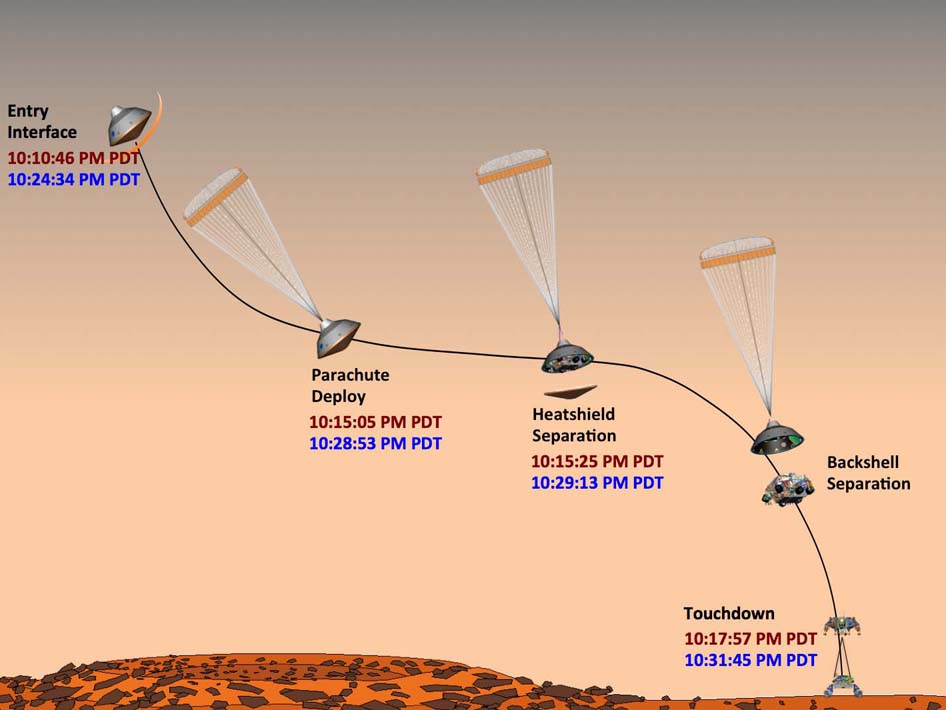 This graphic shows the times at which NASA's Curiosity rover hit its milestones during its entry, descent and landing on Mars. The times the events actually occurred are shown in red. The times that Earth received confirmation that the events occurred appear in blue. All times are listed in Pacific Daylight Time.