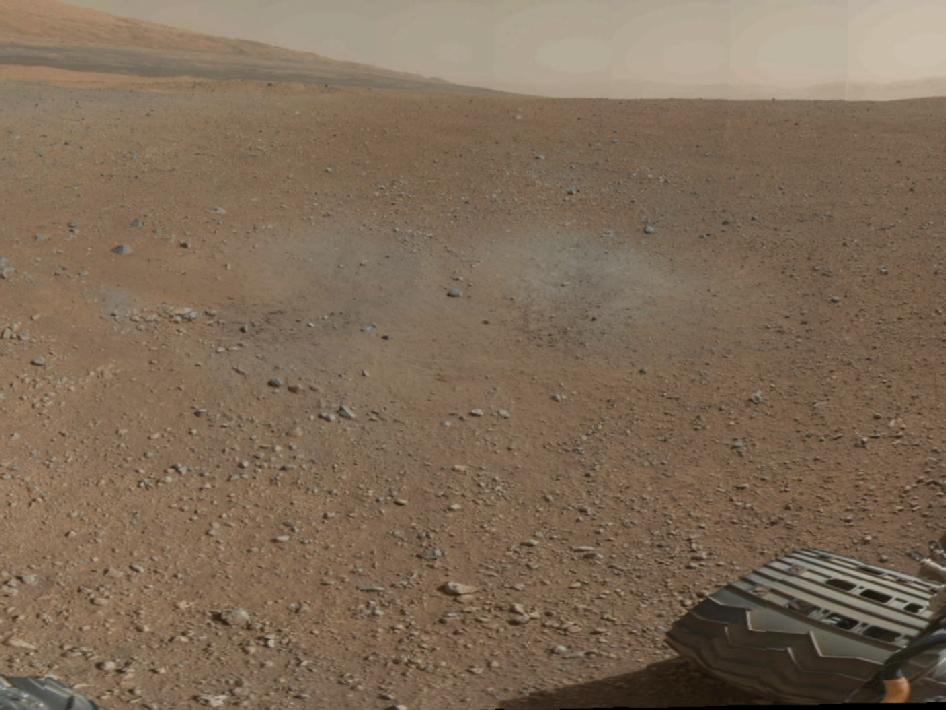 Mount Sharp on the Horizon

This is a portion of the first color 360-degree panorama from NASA's Curiosity rover, made up of thumbnails, which are small copies of higher-resolution images. The mission's destination, a mountain at the center of Gale Crater called Mount Sharp, can be seen in the distance, to the left, beginning to rise up. The mountain's summit will be imaged later. The full thumbnail panorama from the Mast Camera can bee seen at PIA16029. Blast marks from the rover's descent stage are in the foreground.