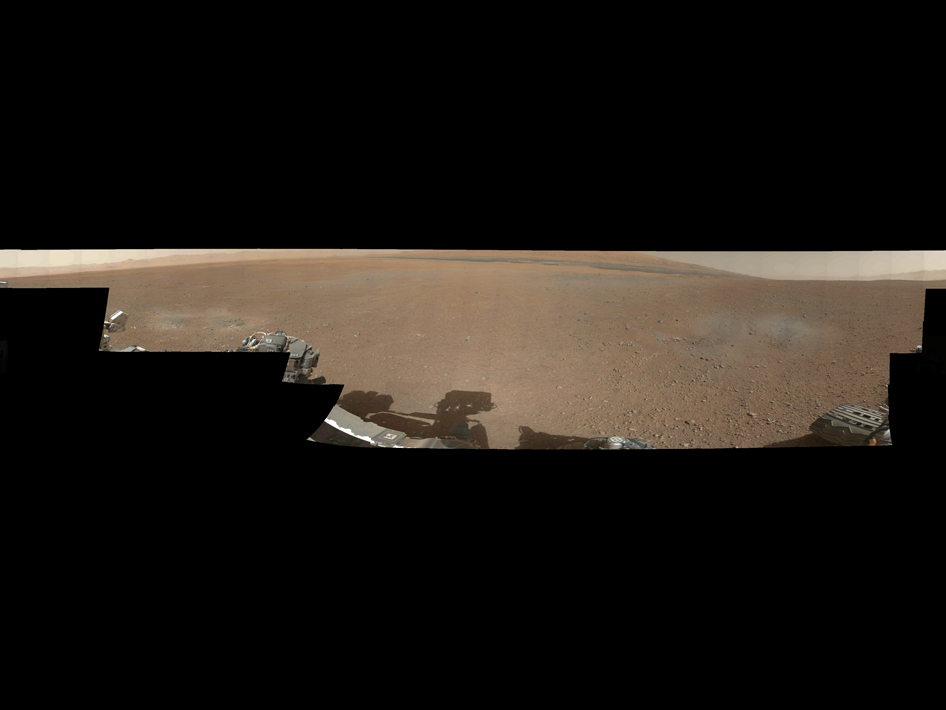 This is the first 360-degree panorama in color of the Gale Crater landing site taken by NASA's Curiosity rover. The panorama was made from thumbnail versions of images taken by the Mast Camera.

Scientists will be taking a closer look at several splotches in the foreground that appear gray. These areas show the effects of the descent stage's rocket engines blasting the ground. What appeared as a dark strip of dunes in previous, black-and-white pictures from Curiosity can also be seen along the top of this mosaic, but the color images also reveal additional shades of reddish brown around the dunes, likely indicating different textures or materials.

The images were taken late Aug. 8 PDT (Aug. 9 EDT) by the 34-millimeter Mast Camera. This panorama mosaic was made of 130 images of 144 by 144 pixels each. Selected full frames from this panorama, which are 1,200 by 1,200 pixels each, are expected to be transmitted to Earth later. The images in this panorama were brightened in the processing. Mars only receives half the sunlight Earth does and this image was taken in the late Martian afternoon.