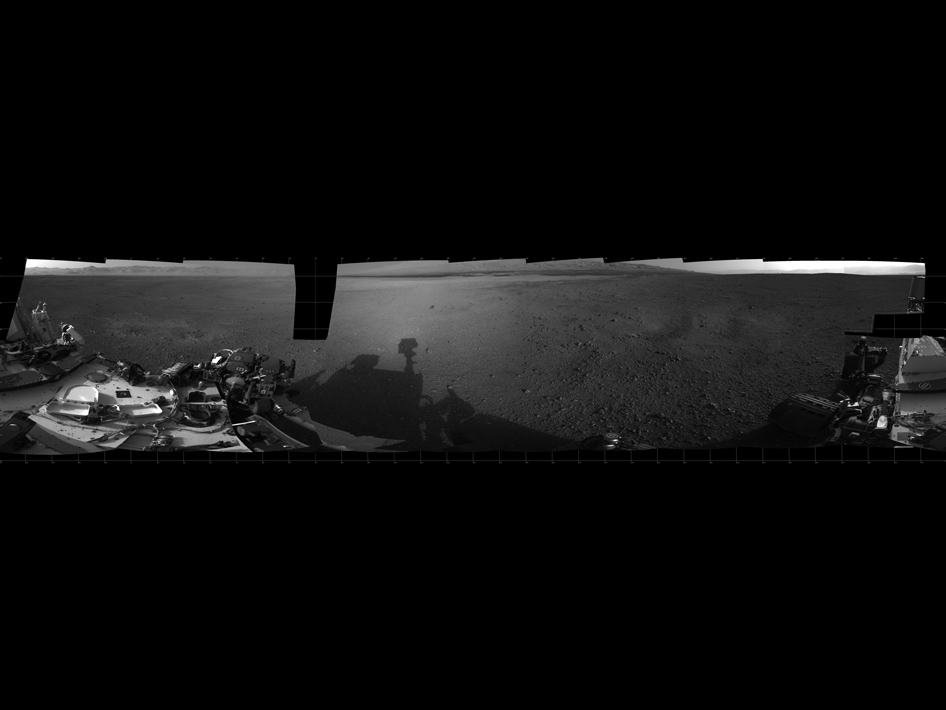 Crisp View from Inside Gale Crater

This 360-degree, full-resolution panorama from NASA's Curiosity rover shows the area all around the rover within Gale Crater on Mars. The rover's deck is to the left and far right. The rover's "head" or mast, where the Navigation cameras that took this picture are located, casts a shadow seen near the center. The rim of Gale Crater is to the left, and the base of Mount Sharp is to the center-right. The summit of Mount Sharp will be imaged at a later time.

Curiosity will drive to the knolls of layered rock at the lower slopes of Mount Sharp to investigate their history and geology in detail. That destination is to the south-southwest, beyond the dark sand dunes. In the annotated version of this image, degrees are listed at the very top. North is at zero degrees, to the left, and the south-southwest is to the middle-right at 193 degrees.