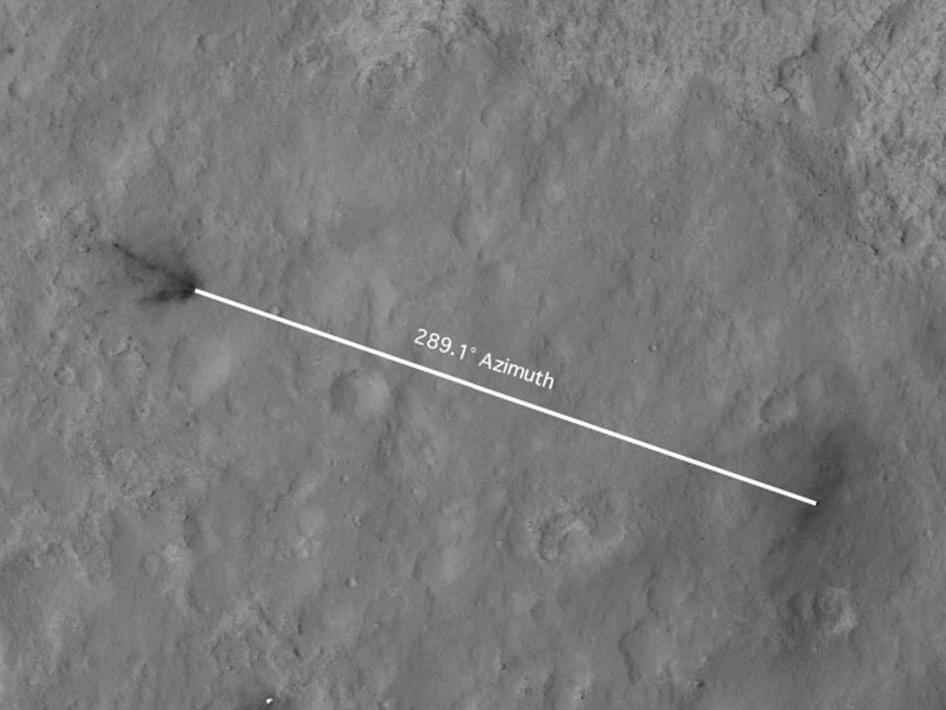 This portion of an image from the High Resolution Imaging Science Experiment (HiRISE) on NASA's Mars Reconnaissance Orbiter has been annotated to show the relative positions between NASA's Curiosity rover (right) and the impact site of its sky crane, or descent stage. The azimuth from north of the rover is about 290 degrees (north is up and zero degrees).

This information was used to determine whether the rover was pointed in the right direction to have captured an image of the plume from the crash of the descent stage using its rear-facing Hazard-Avoidance cameras. The gyrocompass on Curiosity indicates that the rover is pointed at 112 degrees, which, after subtracting 180 degrees since the picture was taken from the rear, gives the same direction of the sky crane crash to within 2 degrees.