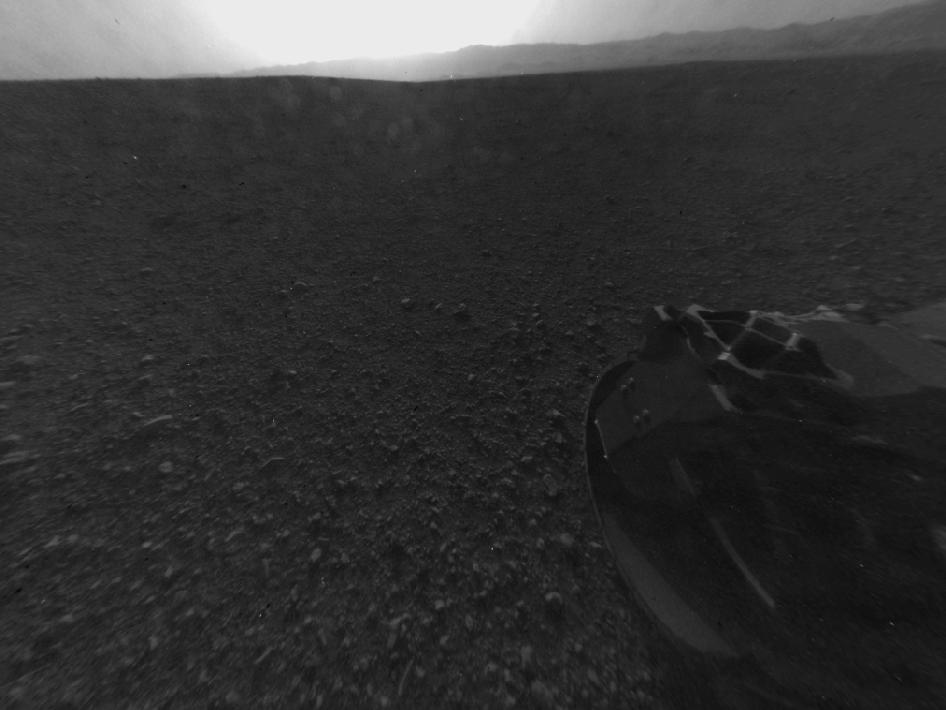 Looking Back at the Crater Rim

This is the full-resolution version of one of the first images taken by a rear Hazard-Avoidance camera on NASA's Curiosity rover, which landed on Mars the evening of Aug. 5 PDT (morning of Aug. 6 EDT). The image was originally taken through the "fisheye" wide-angle lens, but has been "linearized" so that the horizon looks flat rather than curved. The image has also been cropped. A Hazard-avoidance camera on the rear-left side of Curiosity obtained this image.

Part of the rim of Gale Crater, which is a feature the size of Connecticut and Rhode Island combined, stretches from the top middle to the top right of the image. One of the rover's wheels can be seen at bottom right.