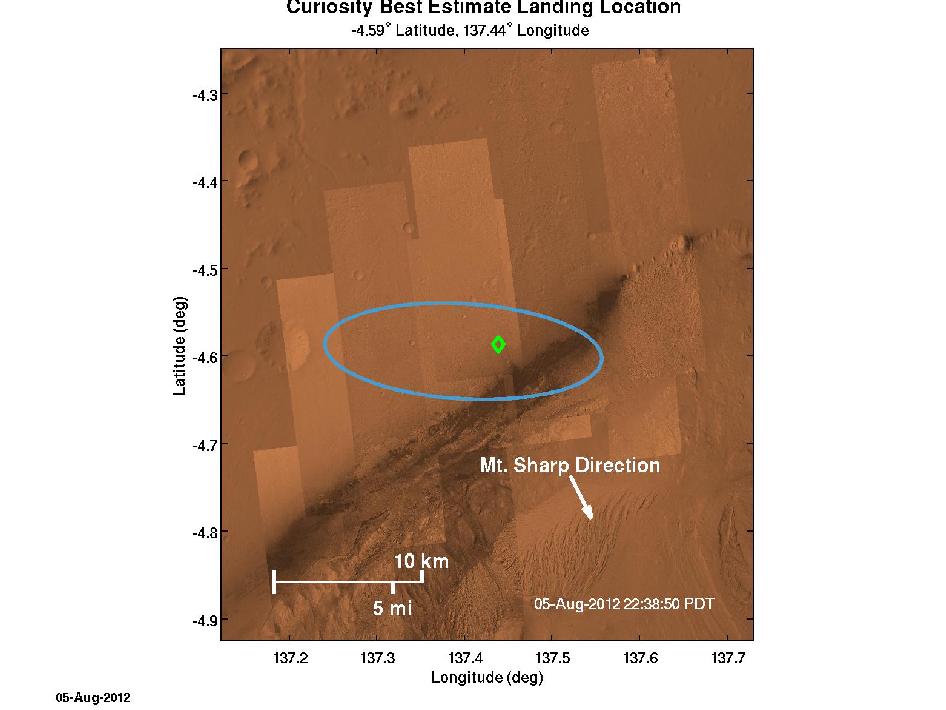 Where Curiosity Landed on Mars

The green diamond shows approximately where NASA's Curiosity rover landed on Mars, a region about 2 kilometers northeast of its target in the center of the estimated landing region (blue ellipse). The location of the diamond is based on Earth-based navigation data taken prior to Curiosity's entry into the Martian atmosphere, as well as data taken by the rover's navigation instruments during descent.