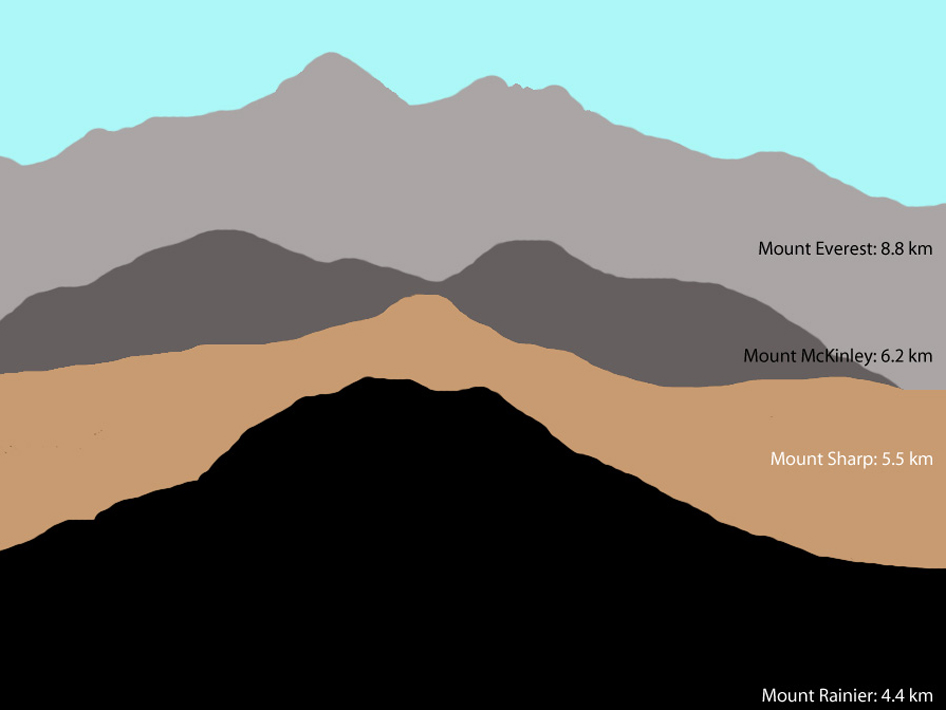 The landing site for NASA's Mars rover Curiosity was chosen for giving the mission access to examine the lower layers of a mountain inside Gale Crater. The Mars Science Laboratory Project Science Group is calling the mountain Mount Sharp. This informal naming pays tribute to geologist Robert P. Sharp (1911-2004), a founder of planetary science, influential teacher of many current leaders in the field, and team member for NASA's first few Mars missions.

This illustration shows the size of Mount Sharp in comparison to three large mountains on Earth. The elevation of Mount Sharp is given in kilometers relative to the floor of Gale Crater. The heights of Mount Rainier, Mount McKinley and Mount Everest are given in kilometers relative to Earth's sea level. The image was produced by Curiosity science team collaborator Tanya Harrison.