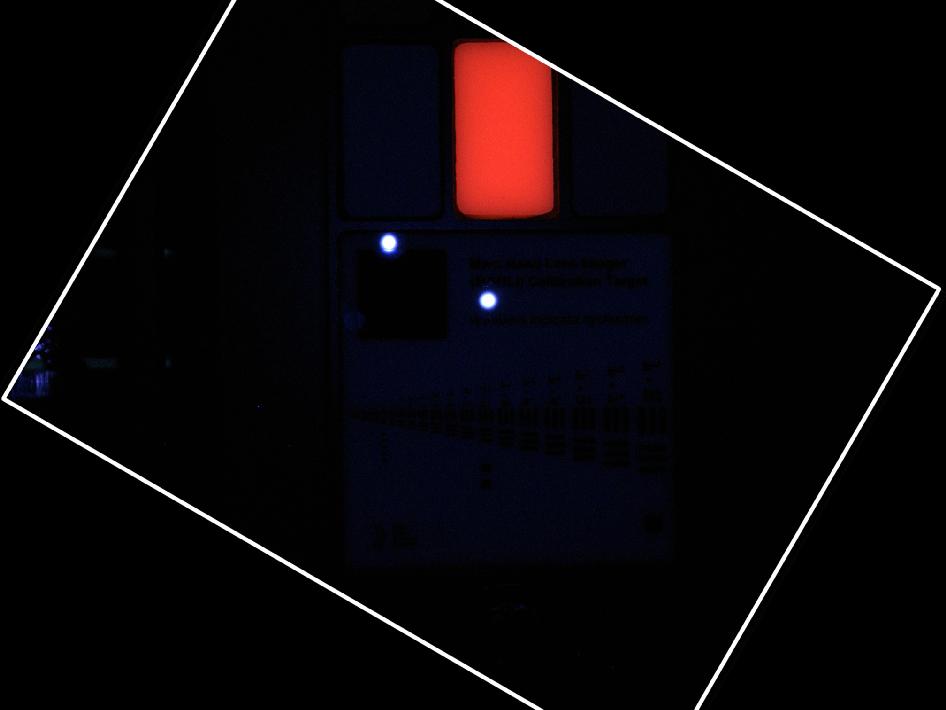 One reference swatch on the target fluoresces in red as it is illuminated by the instrument's ultraviolet light source. The LED wavelength is 365 nanometers. Violet reflections of the ultraviolet LEDs are visible off the opal glass in the bar target section of the calibration target. The pigment in the fluorescent swatch was donated by Spectra Systems Inc., Providence, R.I.

This image can be compared to image PIA15287, which was taken from the same distance, 3.94 inches (10 centimeters), but using MAHLI's white-light LEDs rather than the ultraviolet ones. In white light, the fluorescent swatch is cream-colored.

The MAHLI adjustable-focus, color camera is one of the tools on the turret at the end of Curiosity's robotic arm. Its calibration target is attached to the rover at the arm's shoulder joint.