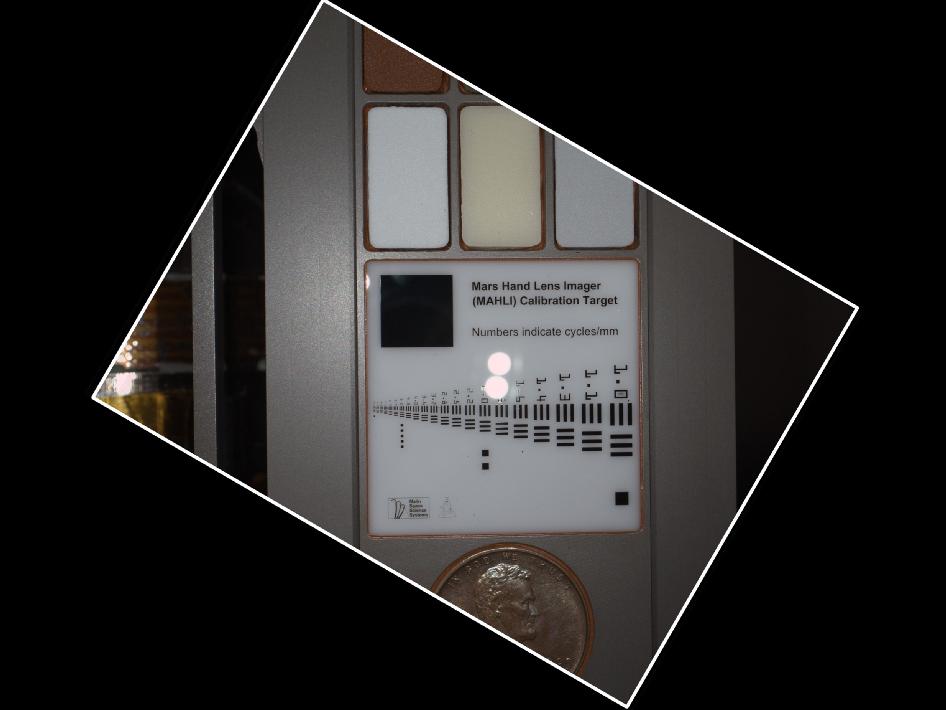 During pre-flight testing, the Mars Hand Lens Imager (MAHLI) camera on NASA's Mars rover Curiosity took this image of the MAHLI calibration target from a distance of 3.94 inches (10 centimeters) away from the target.

The MAHLI adjustable-focus, color camera is one of the tools on the turret at the end of Curiosity's robotic arm. Its calibration target is attached to the rover at the arm's shoulder joint.

This image shows reflections of MAHLI's white-light LEDs (light emitting diodes) off the opal glass of the bar target. It can be compared with image PIA15288, which was taken when the white LEDs were off and the instrument's ultraviolet LEDs were on.

The row of three pigmented swatches just above the bar graphic provides references of 40-percent gray (left), fluorescent pigment, and 60-percent gray. The row above that, only partial visible in this image, provides red, green and blue color references.

Including a Lincoln penny on the calibration target is a nod to geologists' tradition of placing a coin as a size reference in close-up photographs of rocks. It gives the public a familiar object for perceiving size easily.