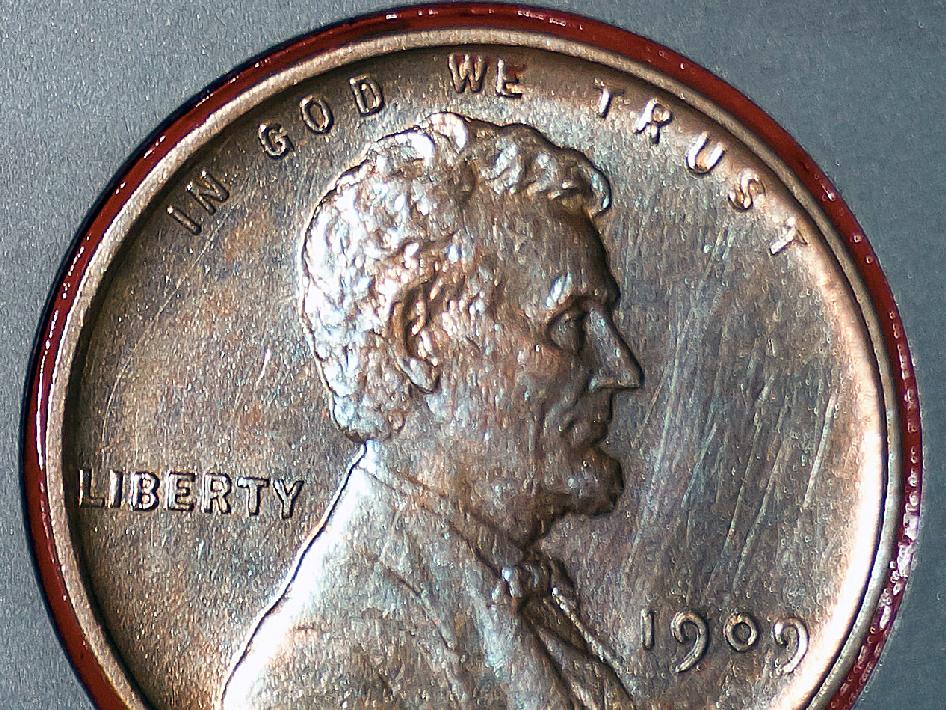 The Lincoln penny in this photograph is part of a camera calibration target attached to NASA's Mars rover Curiosity, which is on track for a landing on Mars the night of Aug. 5 to Aug. 6, 2012.

The calibration target for the Mars Hand Lens Imager (MAHLI) instrument also includes color references, a metric bar graphic, and a stair-step pattern for depth calibration. The MAHLI adjustable-focus, color camera at the end of Curiosity's robotic arm can be used for taking extreme close-ups of rocks and soil on Mars, as well as images from greater distances.

The specific coin, provided by MAHLI's principal investigator, Ken Edgett, is a 1909 "VDB" penny. That was the first year Lincoln pennies were minted and the centennial of Abraham Lincoln's birth. The VDB refers to the initials of the coin's designer, Victor D. Brenner, which are on the reverse side. Brenner based the coin's low-relief portrait of Lincoln on a photograph taken Feb. 9, 1864, three day's before Lincoln's 55th birthday, by Anthony Berger in the Washington, D.C., studio of Mathew Brady.

This photograph of the penny on Curiosity was taken in August 2011 at NASA's Kennedy Space Center as the Mars Science Laboratory spacecraft was being prepared for launch. The mission launched on Nov. 26, 2011. It will deliver the rover Curiosity to Gale Crater on Mars in August 2012. With MAHLI and nine other science instruments, Curiosity will investigate whether the area has ever offered environmental conditions favorable for microbial life.