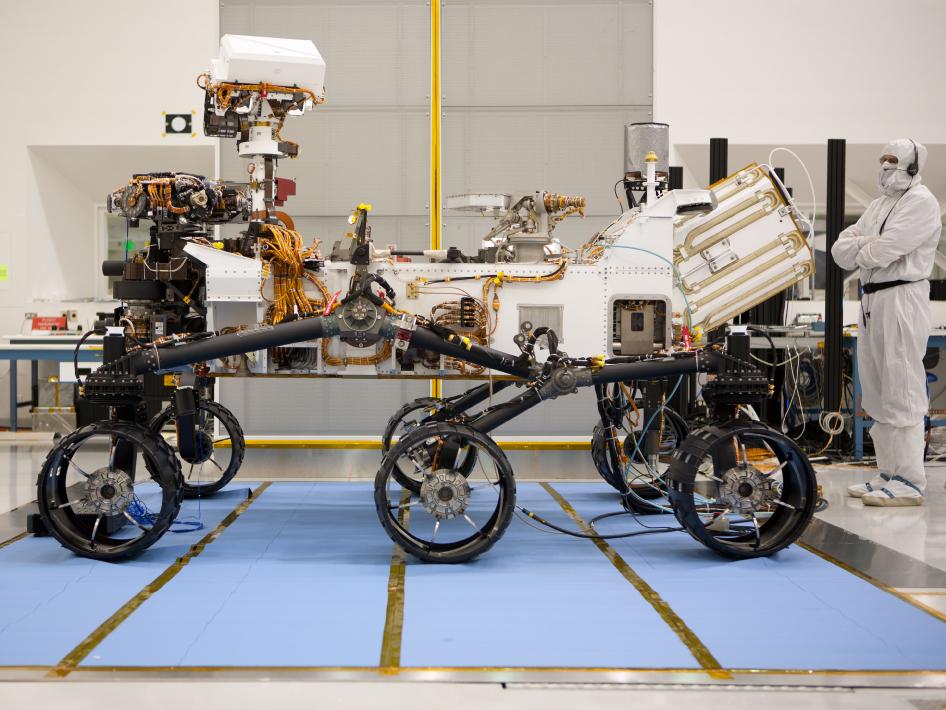 About the size of a small SUV, NASA's Curiosity rover is well equipped for a tour of Gale Crater on Mars. This impressive rover has six-wheel drive and the ability to turn in place a full 360 degrees, as well as the agility to climb steep hills. During a nearly two-year prime mission after landing on Mars, the rover will investigate whether Gale Crater ever offered conditions favorable for microbial life, including the chemical ingredients for life.

More information about Curiosity is online at: http://www.nasa.gov/msl or http://mars.jpl.nasa.gov/msl.