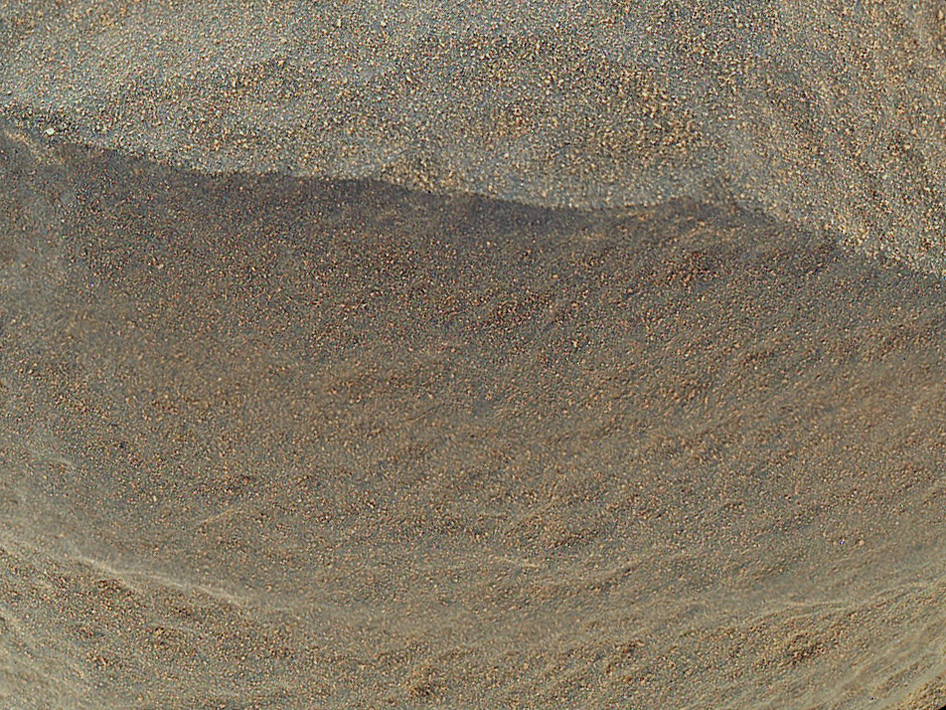 This is the highest-resolution view that the Mars Hand Lens Imager (MAHLI) on NASA's Mars rover Curiosity acquired of the top of a rock called "Bathurst Inlet." The rover's arm held the camera with the lens only about 1.6 inches (4 centimeters) from the rock. The view covers an area roughly 1.3 inches by 1 inch (3.3 centimeters by 2.5 centimeters). At this distance, the camera provides resolution of 21 microns per pixel. For comparison, the typical resolution in images from the Microscopic Imager cameras on earlier-generation Mars rovers Spirit and Opportunity is about 31 microns per pixel.

This is a merged-focus view combining information from a set of eight images taken by MAHLI at different focus settings during Curiosity's 54th Martian day, or sol (Sept. 30, 2012). A context image of the top of Bathurst Inlet, taken by MAHLI positioned about seven times farther from the rock, is at http://photojournal.jpl.nasa.gov/catalog/14762 . Curiosity also examined Bathurst Inlet on the same sol with the other science instrument at the end of the rover's arm, the Alpha Particle X-Ray Spectrometer.

The Bathurst Inlet rock is dark gray and appears to be so fine-grained that MAHLI cannot resolve grains or crystals in it. This means that the grains or crystals, if there are any at all, are smaller than about 80 microns in size. Some windblown sand-sized grains or dust aggregates have accumulated on the surface of the rock.

MAHLI can do focus merging onboard. The full-frame versions of the eight separate images that were combined into this view were not even returned to Earth -- just the thumbnail versions. Merging the images onboard reduces the volume of data that needs to be downlinked to Earth.